Some of the most rewarding words an educator can hear are “you inspired me!” I was humbled when I asked APQS Dealer Cathy Thayer of Fabric Bash in Omaha, Nebraska how she dreamed up her charming “Star Dust” pattern—and she said it was my blog post about the versatility of half square triangles. The blog series may have sparked her imagination, but Cathy definitely took the concept to the next level by cleverly using light fabrics in a way that made her star blocks float across the quilt! 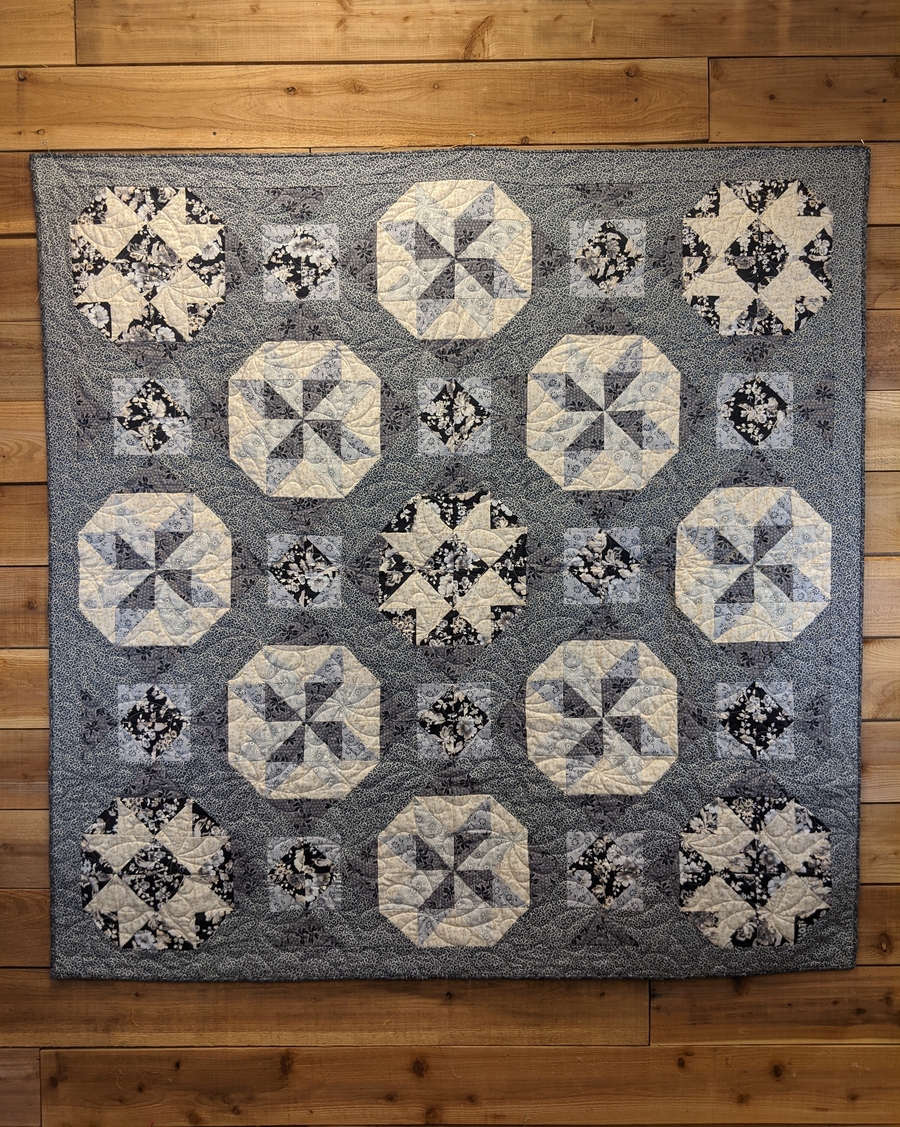 She first experimented on paper with bright colors for the project. Though traditional fabrics are not normally her style, Cathy thought it would be fun to use fabric that she is typically not drawn to. Instead, she chose a color palette that is a simple mix of neutral greys, black, and light ecru fabrics. With this combination of warm and cool tones, the quilt looks vintage and takes on a timeless elegance.

Made almost entirely of half square triangles, Cathy used the “Magic 8” method to quickly sew lots of units without having to cut out hundreds of individual triangles. The method also reduces distortion since the bias edges are handled less. Once the units are cut apart, it’s easy to trim them down to the correct size, which makes piecing much more accurate. 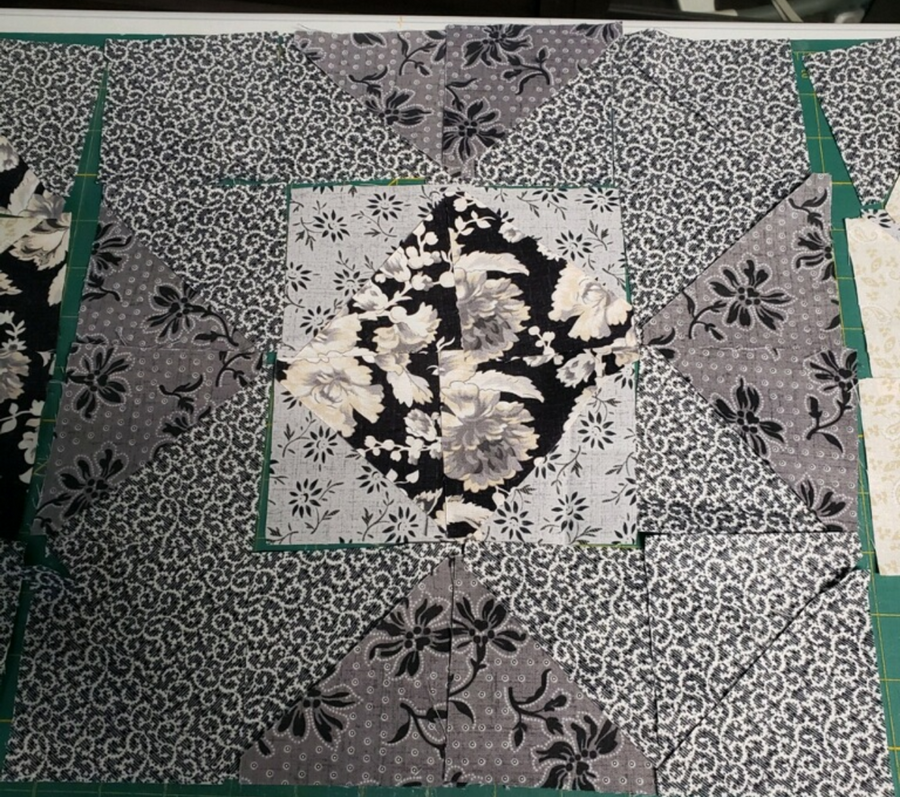 Since the busy print fabrics wouldn’t favor lots of detail quilting, Cathy chose a simple rotating feather pattern that she stitched using her APQS Millie equipped with Quilt Path. The thread blends right into the quilt, and the batting provides just enough loft to set off the quilting without detracting from the stars. 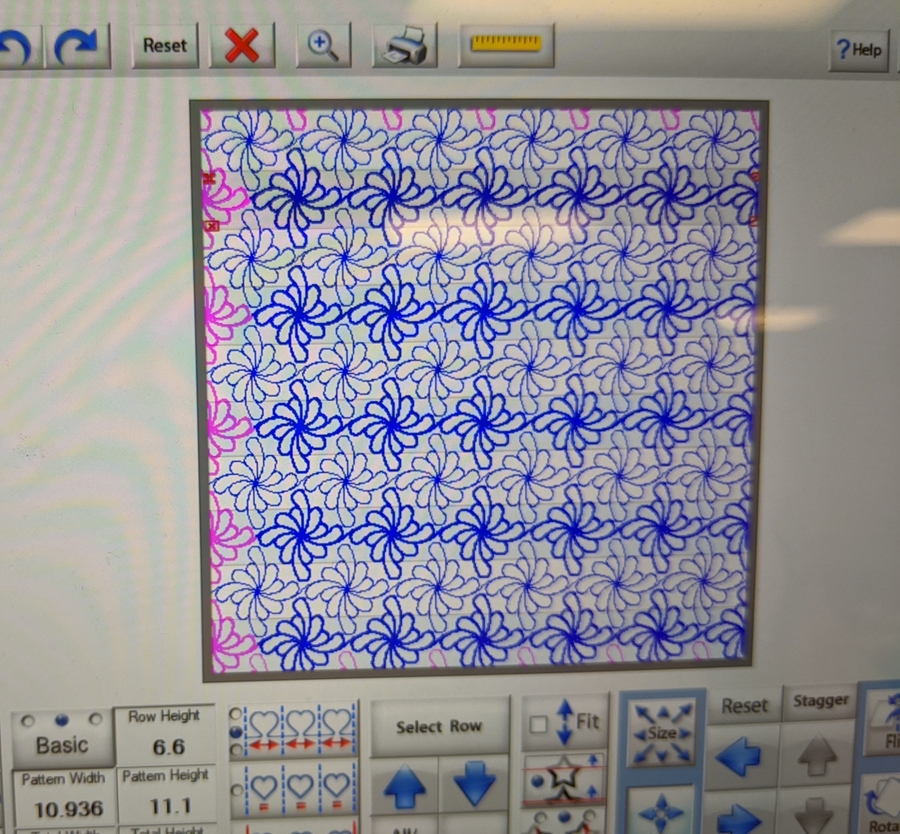 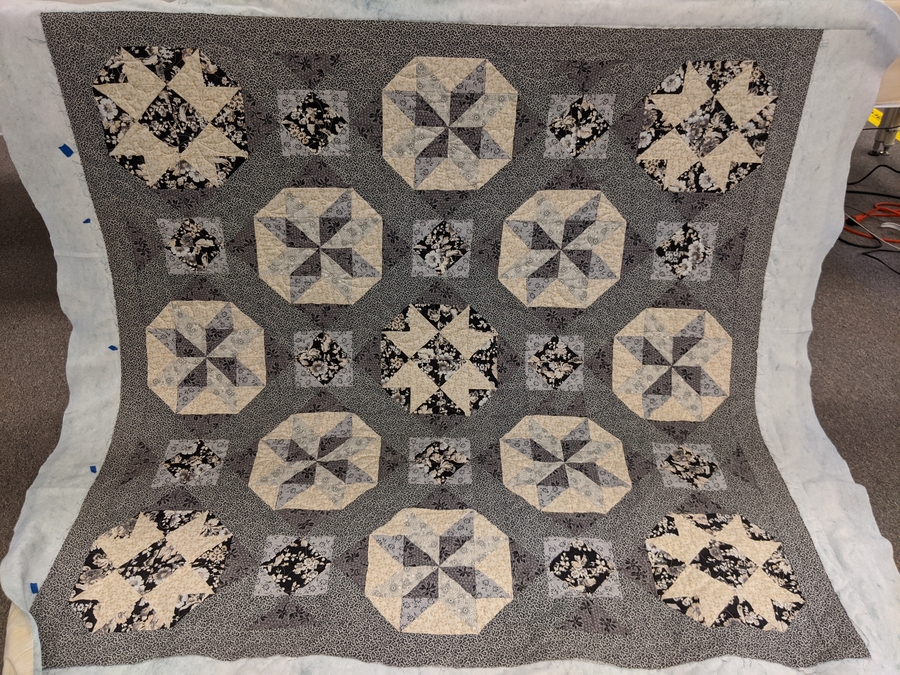 Though many quilters dream of owning their own quilt shop someday, very few of us imagine going into the quilting business with our son-in-law! As a quilter for 30 years who loved shopping for fabrics with her best friend, Priscilla, Cathy had lots of experience on “customer” side of the quilting retail industry! 😊 She even purchased a longarm and quilted for others, but missed talking with people.

When her son-in-law, Jake, started talking about his own business, she teased him about becoming a sewing machine repair guy (what quilter wouldn’t want someone with those skills in the family?) To her happy surprise, he was intrigued by the idea! When she learned that a quilt store in Omaha was for sale, that dream quickly became reality for them both. 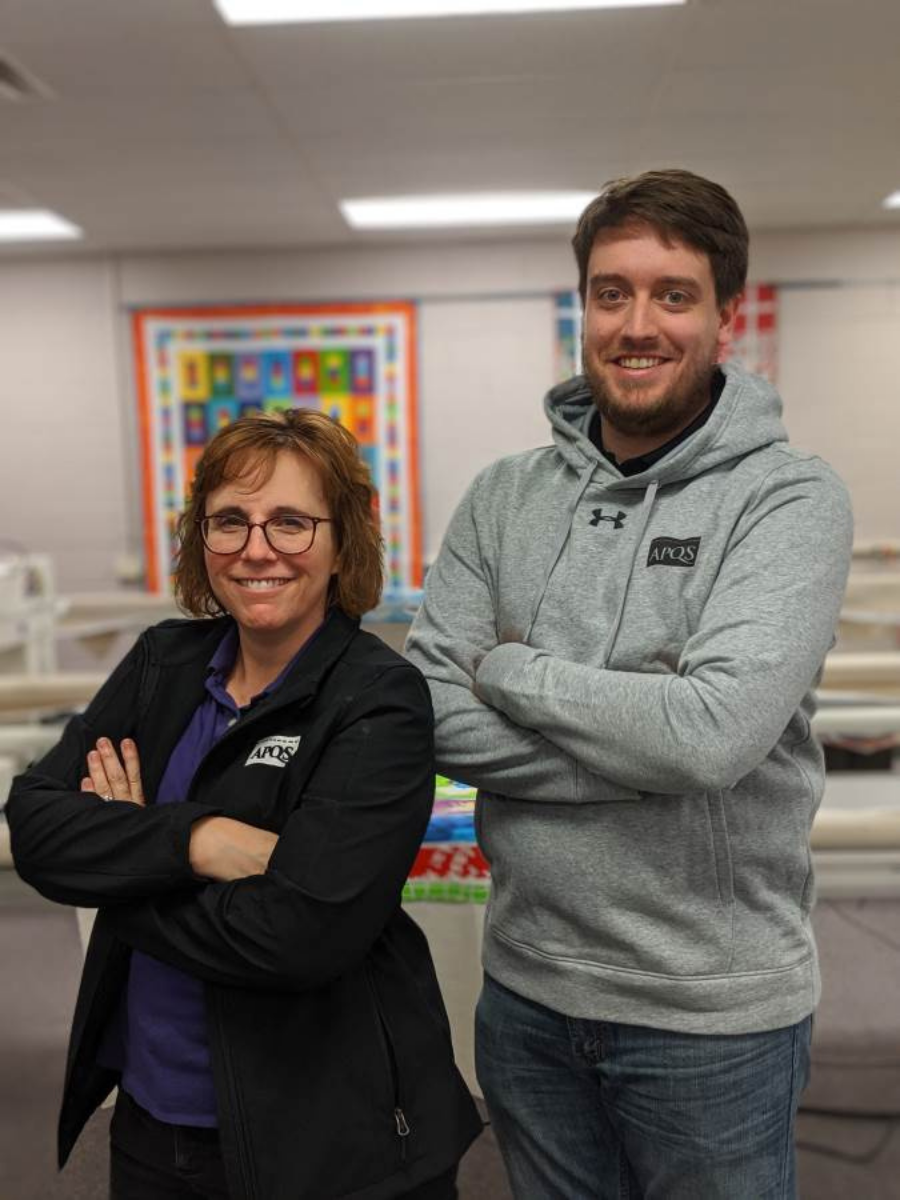 Now the two work together at their store, selling fabric and thread, offering classes, and renting and selling APQS longarms. And yes, Jake is now a sewing machine repair guy! Life is truly “heavenly” at Fabric Bash.

Dawn Cavanaugh
Dawn Cavanaugh is the Education Director at APQS.
APQS Video Tutorial: Half Blossom Border
Add this Half Blossom border design to any quilt for a beautiful, feminine feel! In this video, APQS Dealer and Educator Angela Huffman walks you through the border step by step and gives a few pointers along the way!
Keep reading >
Running a longarm quilting business: Q&A with Jessie Zeigler
Jessie Zeigler of Thread Quilting Studio says one of her goals in life is to help quilters love more people through the gift of quilt making. She is a pattern designer, professional machine quilter and encourager to all. We love seeing her creations combined with her sunny outlook on life.
Keep reading >
APQS Video Tutorial: Paisley Border
The paisley is a common design that has stood the test of time.
Keep reading >
Free quilt pattern: Daystar 2017
This fabulous pattern by APQS dealer Sheridan Carter lets you showcase your favorite fabrics through floating stars that shine brightly against a colorful background.
Keep reading >