When it comes to quilting – how much is too much?

One can never have enough chocolate, but what about quilting? Is it possible to have too much or too little? The answer is, it depends.

Quilts can have lots of quilting, or very little quilting, or a combination of too much in one area and not enough in another. If the amount of quilting—called “quilting density”—is unbalanced across the quilt, you could encounter issues such as rippling blocks or wavy borders (more on that later.) If a quilt is quilted everywhere on the surface with equal distribution, it has consistent quilting density. But if a quilt is heavily quilted in the center, but has only minimal quilting in the border, it has inconsistent density.

A quilt can be heavily quilted or lightly quilted and still have problems with quilting density. This weather analogy that might help explain it better. When the forecast calls for dense fog, you know you won’t see very far in any direction, because the fog will block your vision no matter where you turn. It is consistent. But if patchy fog is predicted, you know you’ll hit areas that are thick as pea soup and other areas where you can see for a mile! This fog is inconsistent.

Quilting density doesn’t have to be thick like pea soup…it should just be consistent. It helps ensure that your borders lay flat without waving; in fact, it helps keep the entire quilt square and flat. It helps prevent pieced blocks from bubbling up, sashing from rippling, and backing from pleating and puckering. Plus it makes quilt show judges give you praise!

The “right amount” of quilting for any project is somewhat subjective. What feels just right to you may seem like overkill to one friend, yet another may tell you how she’d add even more quilting! If it makes you happy, then it’s right! Just keep in mind that no matter how much quilting you add to your quilt, you want the density to be the same across the whole thing for best results.

How do you determine the “right amount” of quilting for any project?  Here are some considerations when deciding if you’ve got the quilting recipe just right:

What does the batting require? 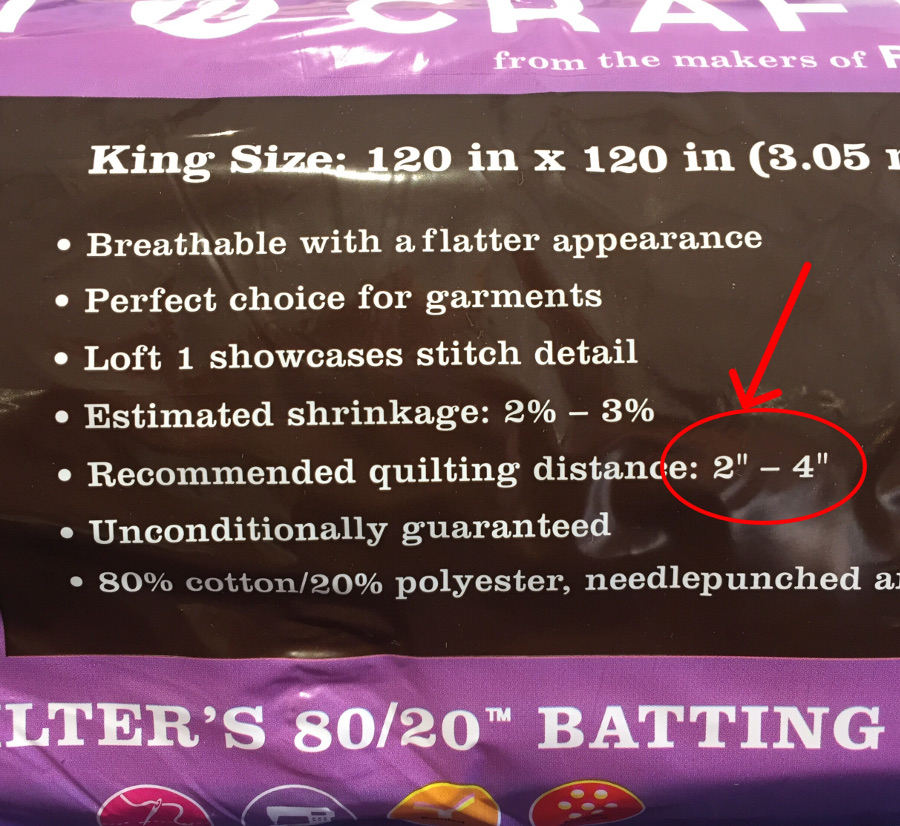 How do you want the quilt to feel?

This answer is very dependent on batting in addition to the amount of quilting. For example, a washable wool batting can be quilted extremely close but will still keep a soft “hand” and will drape nicely. However, a dense cotton batting that is quilted with the same amount of quilting can feel stiff as a board. That may make it the perfect choice for a flat table runner or wall hanging, but won’t be so cuddly on your bed!

How will the quilt be used and cared for?

We’re talking about wear and tear here. If you know that quilt will be dragged to every sporting event or washed umpteen times, more quilting will help hold it together longer.

Quilters often struggle with whether they should quilt on top of applique patches or not. That debate is best saved for another blog, but if you do intend to use a quilt with applique patches, it’s better to add some stitching on the patches. Any raised areas on quilts tend to wear faster from friction. Look at the two photos below; the first photo shows the wear on the applique stems. The second shows the back of the stem with no wear (though it’s a mystery as to why the quilt maker did not sew both sides of the bias stem down in the first place.) To make your quilt last longer, be brave and stitch on the applique! 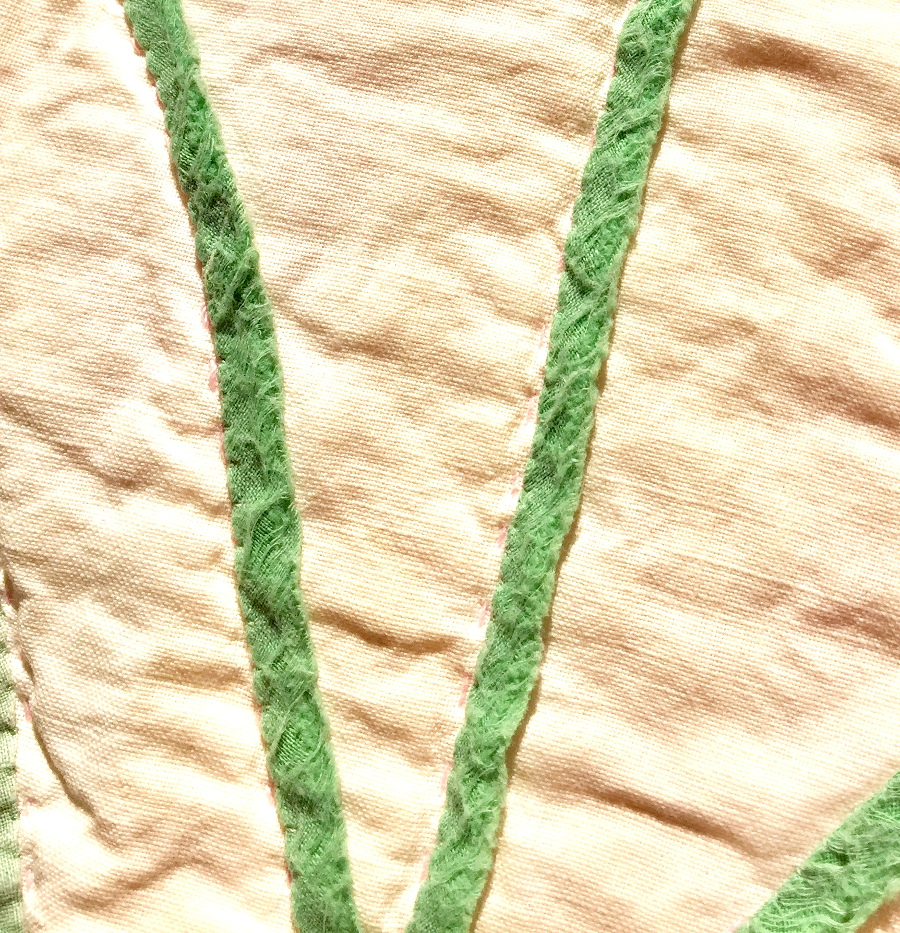 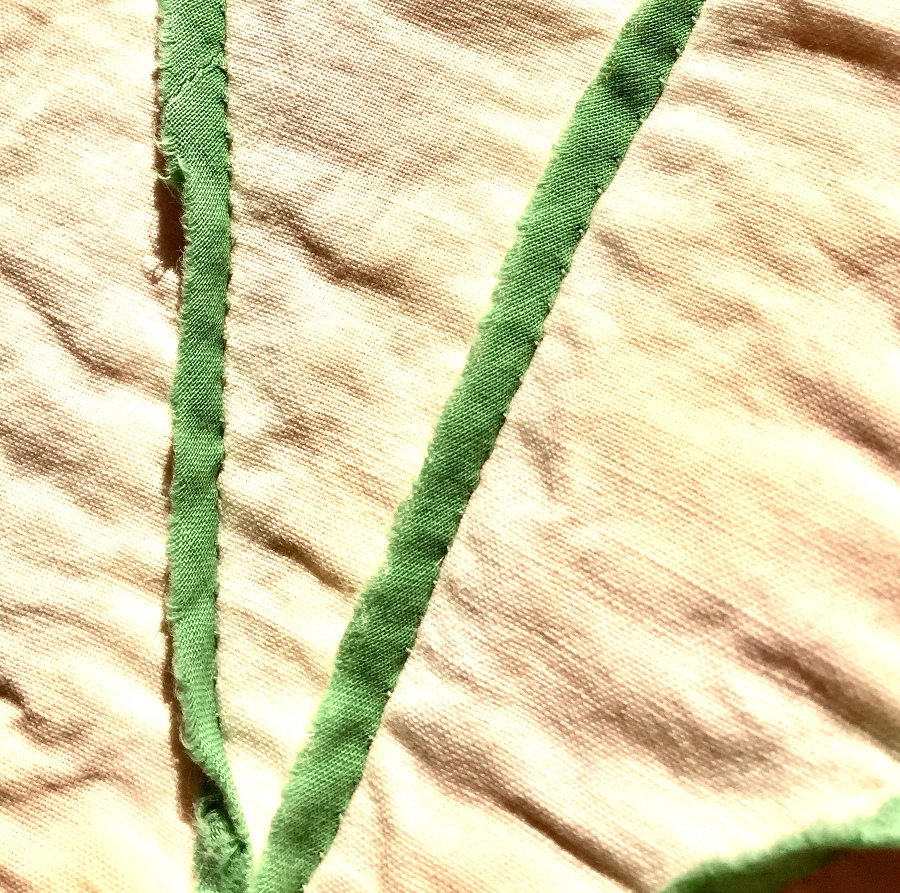 Generally, quilting stitches push fabric sections into the visual background, while unquilted areas come to the foreground.  However, the opposite can happen if the quilting itself is densely packed or the thread has contrast as you’ll see in the photos below. The first shows a block’s original outline. 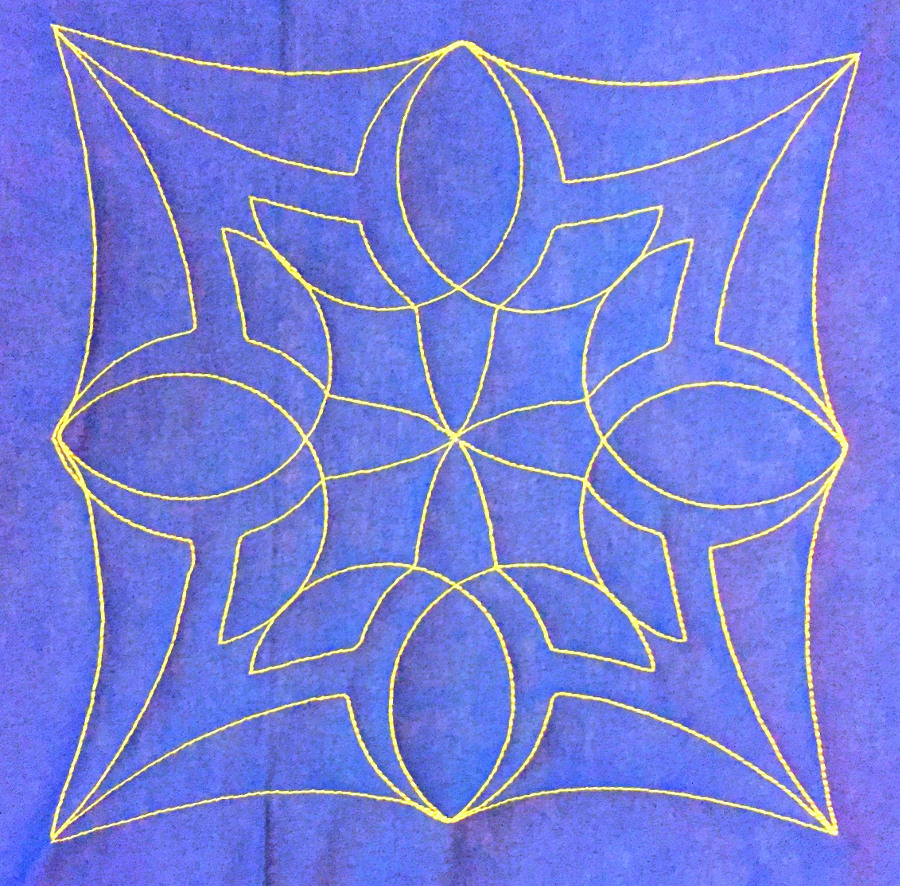 In the second photo, the background quilting density is roughly equal to the amount of unquilted space. The unquilted teardrop areas are more pronounced but the balance of quilting is good. 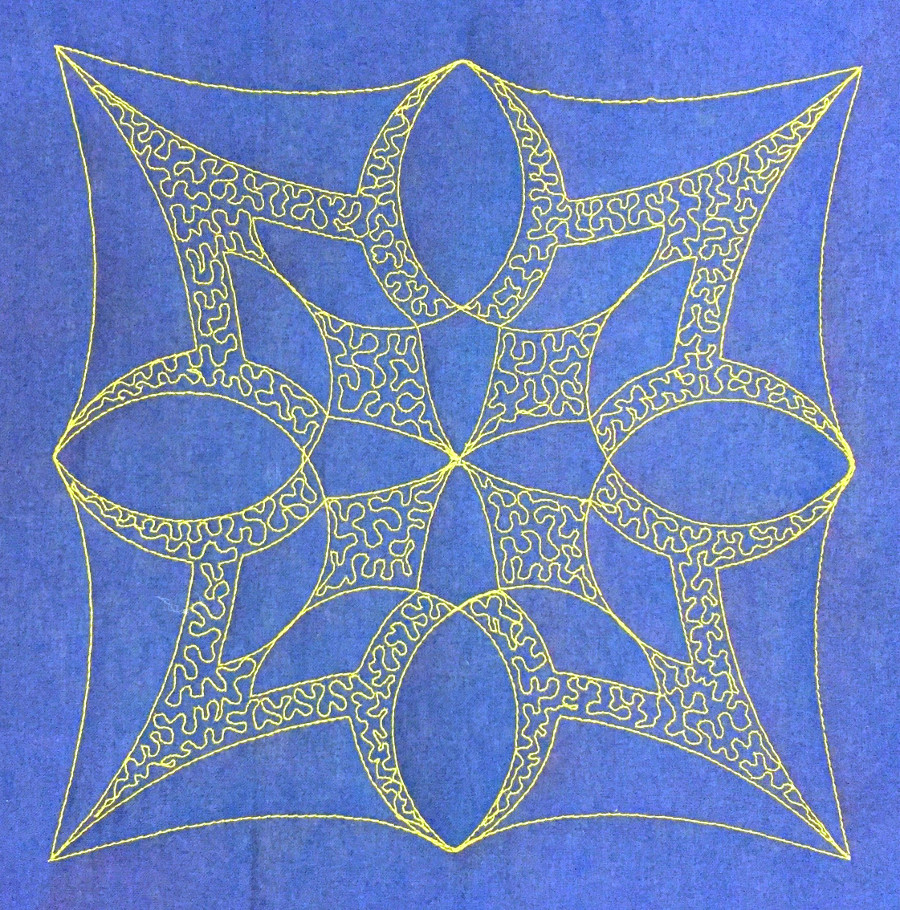 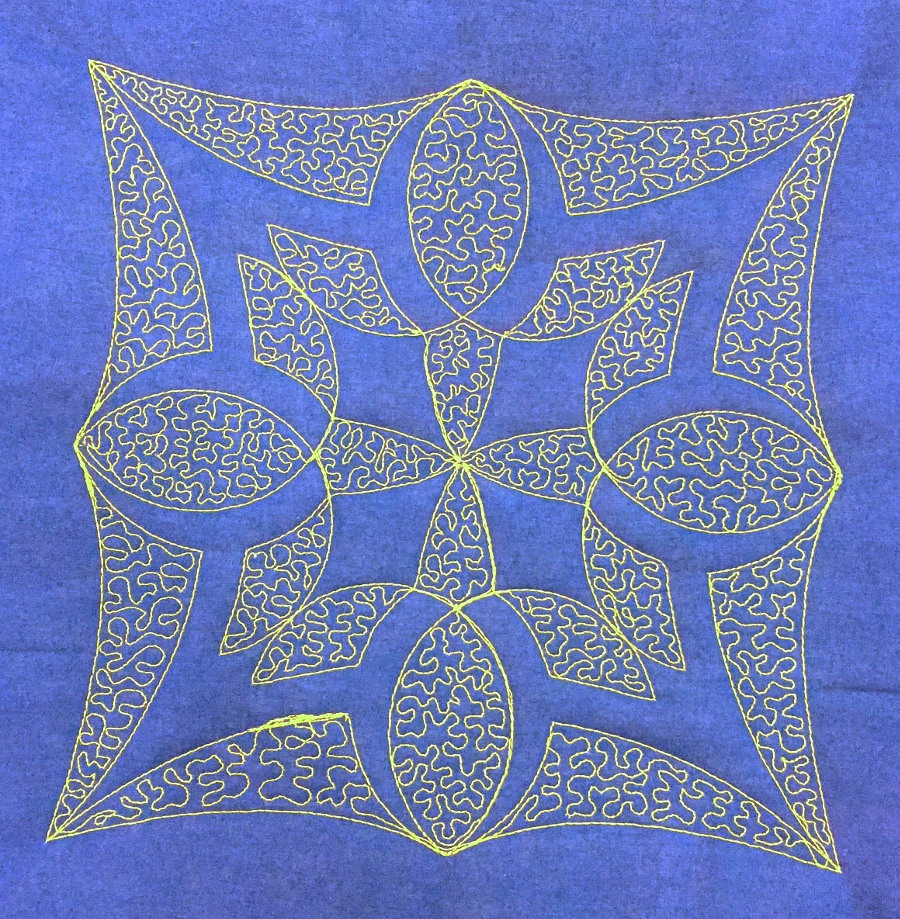 Once again, ultimately the decision of “how much quilting is too much” is totally up to you—after all, it’s your quilt! Whatever you decide, strive for balance in the density to have a beautiful finish!

Dawn Cavanaugh
Dawn Cavanaugh is the Education Director at APQS.
Free quilt pattern: Stepping Stones
The graphic nature of this quilt design makes it very versatile and perfect for anyone on your gift list. This design is from APQS Dealer Tracey Russell. It's easy to put together and makes for a quick quilt.
Keep reading >
Video Tutorial: Nested Hearts
In this video tutorial, APQS Dealer and Educator Angela Huffman shows you how to quilt the "Nested Hearts" border design. This design is all about "swinging out" while you're quilting.
Keep reading >
Quilt pattern: Big Star [Free download]
Angela Clark of Thread Waggle Quilting and APQS Raleigh created a wall hanging that is simple yet stunning. Angela’s vibrant colors and dark background fabric make it modern, yet it could be just as striking in other colorways such as soft pastels or modern prints.
Keep reading >
From famous quilters to soap stars, meet some of the quilt celebrities who own an APQS
Some of the top quilting artists in the world have chosen APQS as their longarm machine of choice. We talked to some of the famous faces in the quilting world to see what drew them to quilting and to APQS longarm quilting machines.
Keep reading >