Smash your bulky seams with a Tailor’s Clapper

I’ve been a longarm quilter for 25 years, and it’s taken nearly all of them to finally get my daughter, Nicole, interested in quilting. She only saw quilting as “mom’s work” growing up, and never thought that it could actually be FUN.

But she’s now at the age where friends are getting married and having babies, and lo and behold, what came out of her mouth? “Mom, can you help me make a baby quilt?” 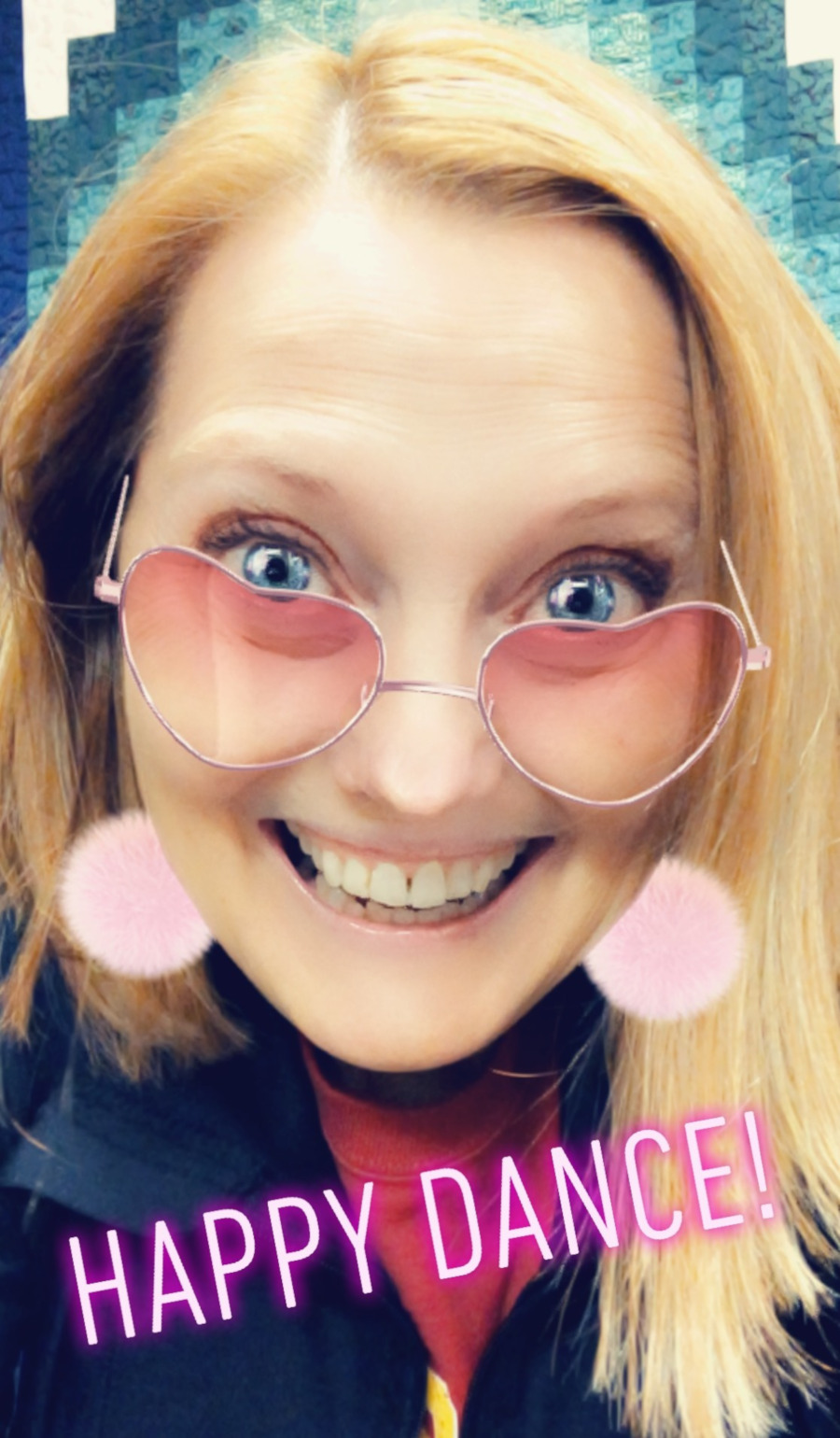 I’ve been waiting my whole life to hear those words! I pulled her to my studio, pushed piles of fabric off the sewing table, and set to work teaching her the basics of quilt making. We settled on making half-square triangles to give her lots of design options, and even though my stash is exploding, we just HAD to go fabric shopping! What kind of teacher would I be if I didn’t take her to the quilt store? 🙂 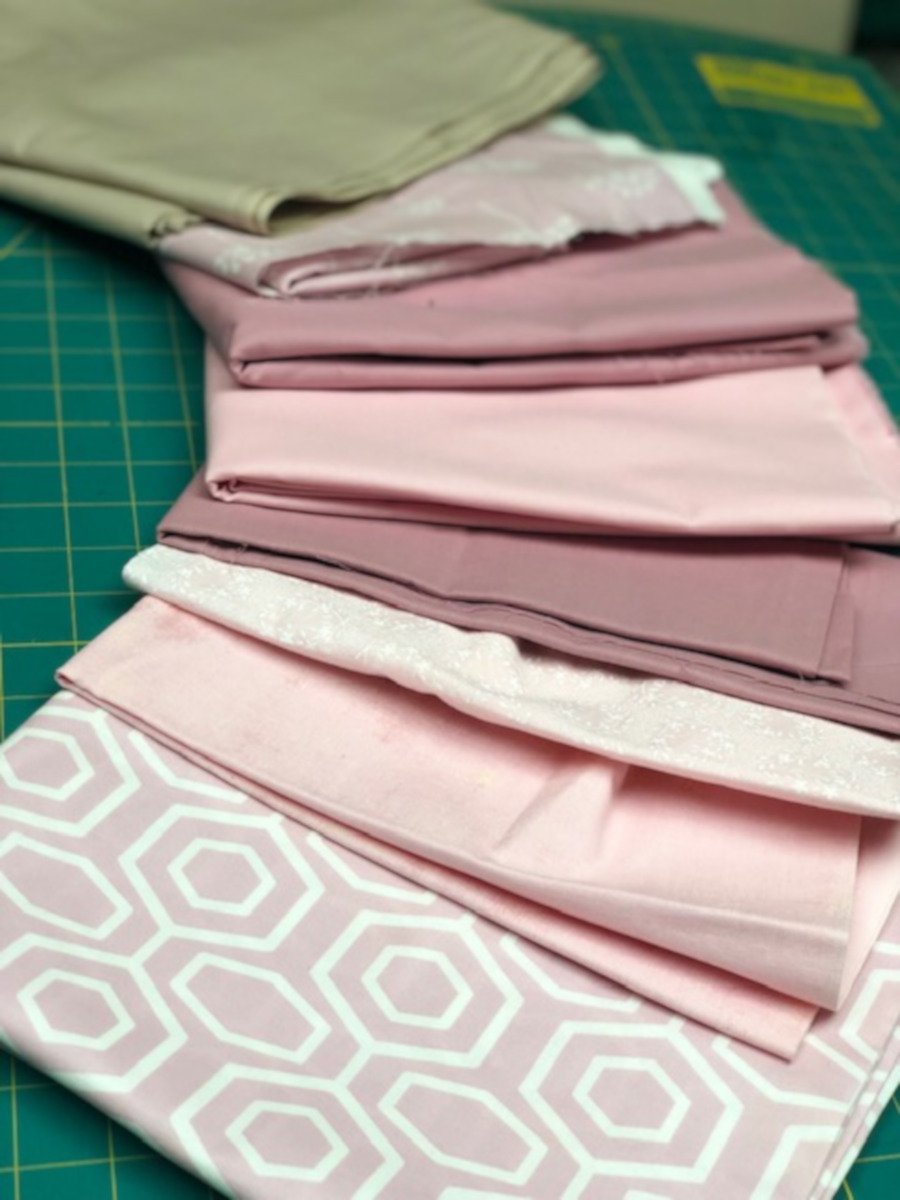 It didn’t take long for her to master the rotary cutter. She quickly churned out a pile of blocks, plopped them on the design wall, and sewed them together. However, she soon learned that speed can cost you accuracy, and if you want all your blocks to match, that scant ¼-inch seam is more than just a “suggestion.”

She chose to create a modern chevron design, which meant some intersections had 8 seams coming together. Those can be daunting even for an experienced quilter! She powered through them, but was disappointed by the huge lumps where they joined. 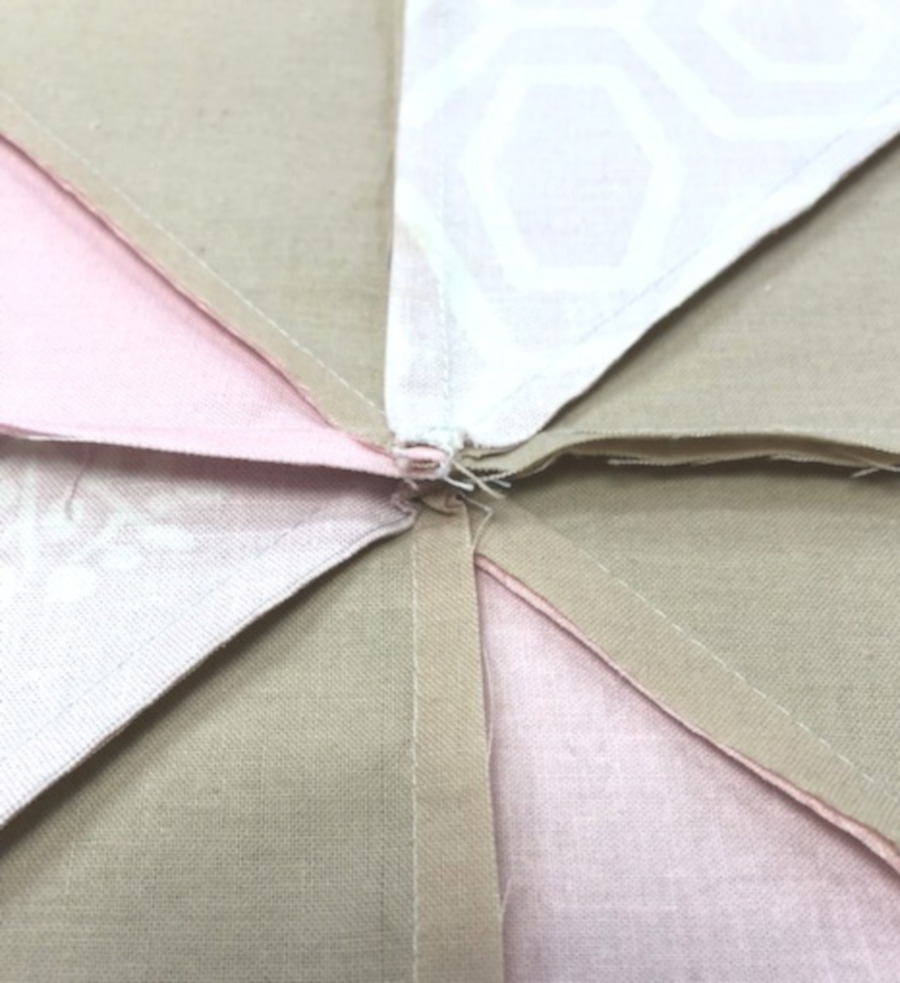 Since the baby shower was fast approaching, the seam ripper lesson was postponed in favor of a lesson on how to use a tailor’s clapper to flatten out the offending seams.

A tailor’s clapper is a flat block of hardwood, often rounded on the ends with routed grooves along the sides for finger holds. It works by absorbing the steam applied to a seam, and locking in the heat. As you press down on the seam with the clapper, the pressure sets the seam flat as the fabric cools. 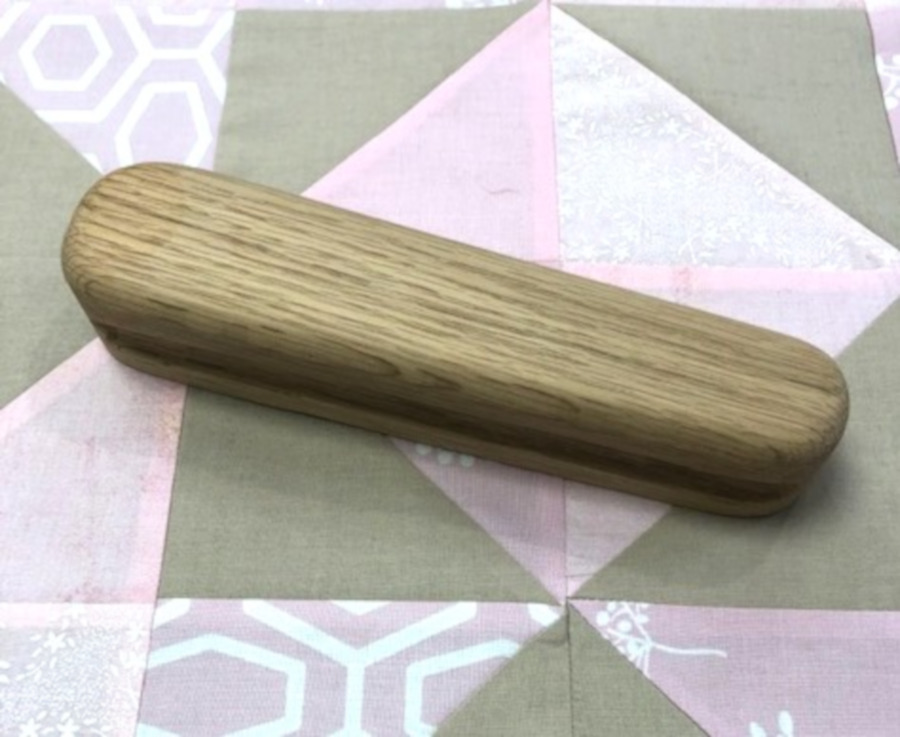 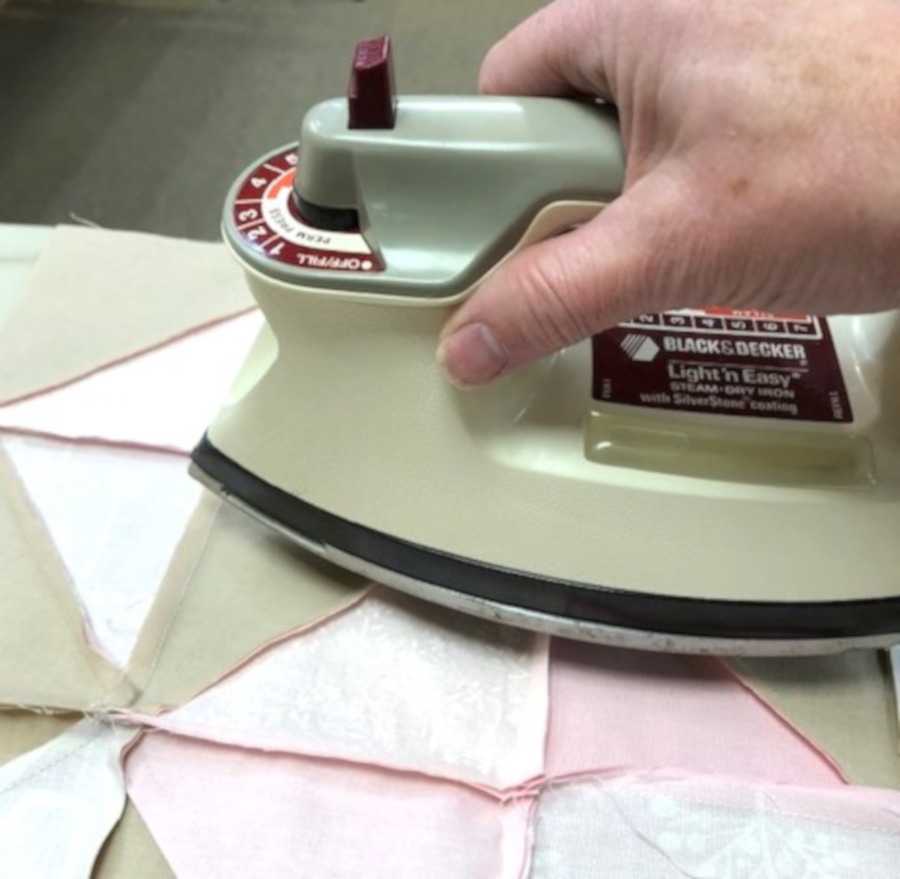 Set the iron aside and place the clapper over the seam. Press down firmly until the fabric cools. (In an extreme situation, you can also give the seam a firm whack with the flat side—thus where the name “clapper” came from!) 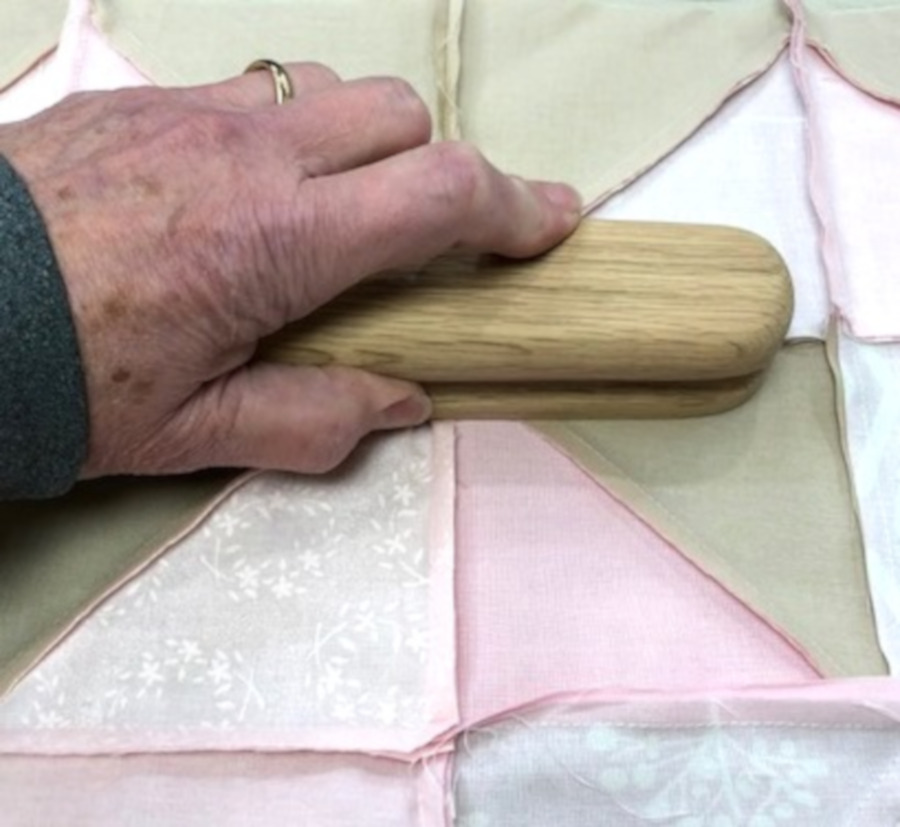 Voila! Much flatter seams meant a much happier daughter! 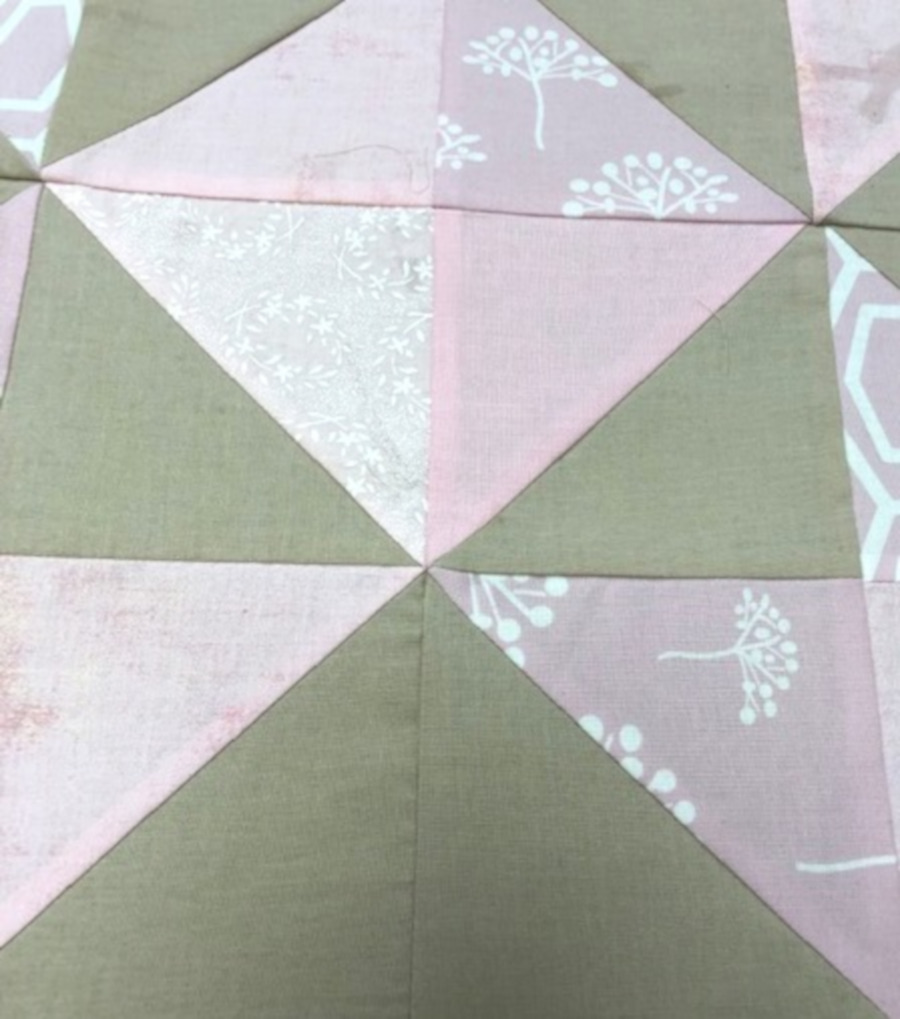 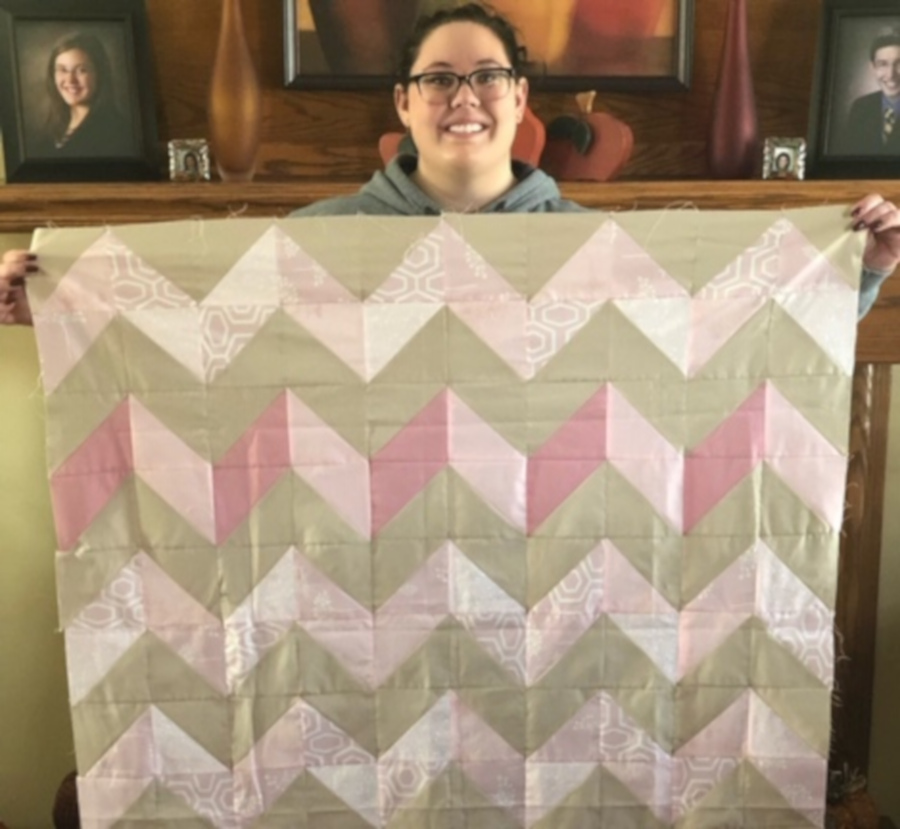 Nicole is waiting to quilt it until after the baby’s born so that she can embroider the baby’s name on a square. But she had enough blocks left over to make a couple of pillows to present to the mom-to-be at the shower. She got her first taste of longarm quilting by quilting the pillow tops on an APQS Lenni! 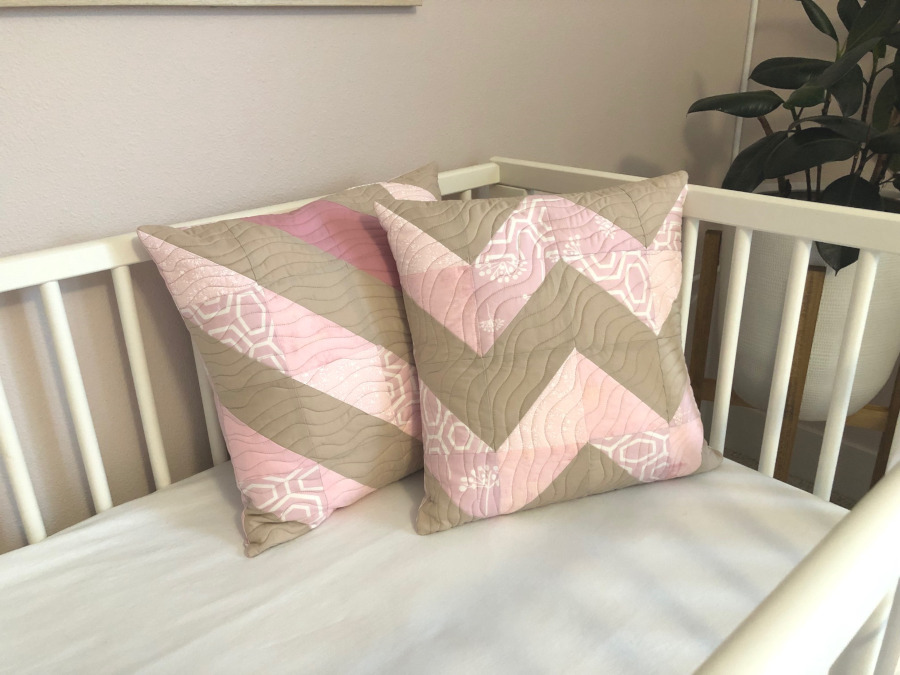 And the best part of the whole experience? It was when she said, “That was fun…I think I’ll make another one!” Gotcha Daughter, hook, line and sinker!

Dawn Cavanaugh
Dawn Cavanaugh is the Education Director at APQS.
Service tip: Built-in circuit breaker protection
Quilters call our service department and comment that their machine is "dead" and won't turn on!
Keep reading >
Video Tutorial: Knife edge binding and prairie points
Crisp, sharp quilt edges look sleek! APQS Education Director Dawn Cavanaugh shares how to make knife-edge binding, which is the perfect way to add prairie points, cording or other embellishments to your quilts.
Keep reading >
Piecing trick to reduce bulk seams
I’ve learned a piecing trick over the years that reduces that bulk and helps the block lay flat. Here’s how to do it…
Keep reading >
APQS Video Tutorial: How to calibrate your low bobbin indicator
In this video tutorial we'll show you how to calibrate your low bobbin indicator, which easily keep tabs on your bobbin thread level and your top thread status when quilting with an APQS Freedom or Millennium longarm.
Keep reading >