Quilts are often made to celebrate milestones—birthdays, births, weddings, and graduations. Angela Clark of APQS Raleigh made this quilt to commemorate her sister’s awesome achievement—receiving her Master of Education degree. 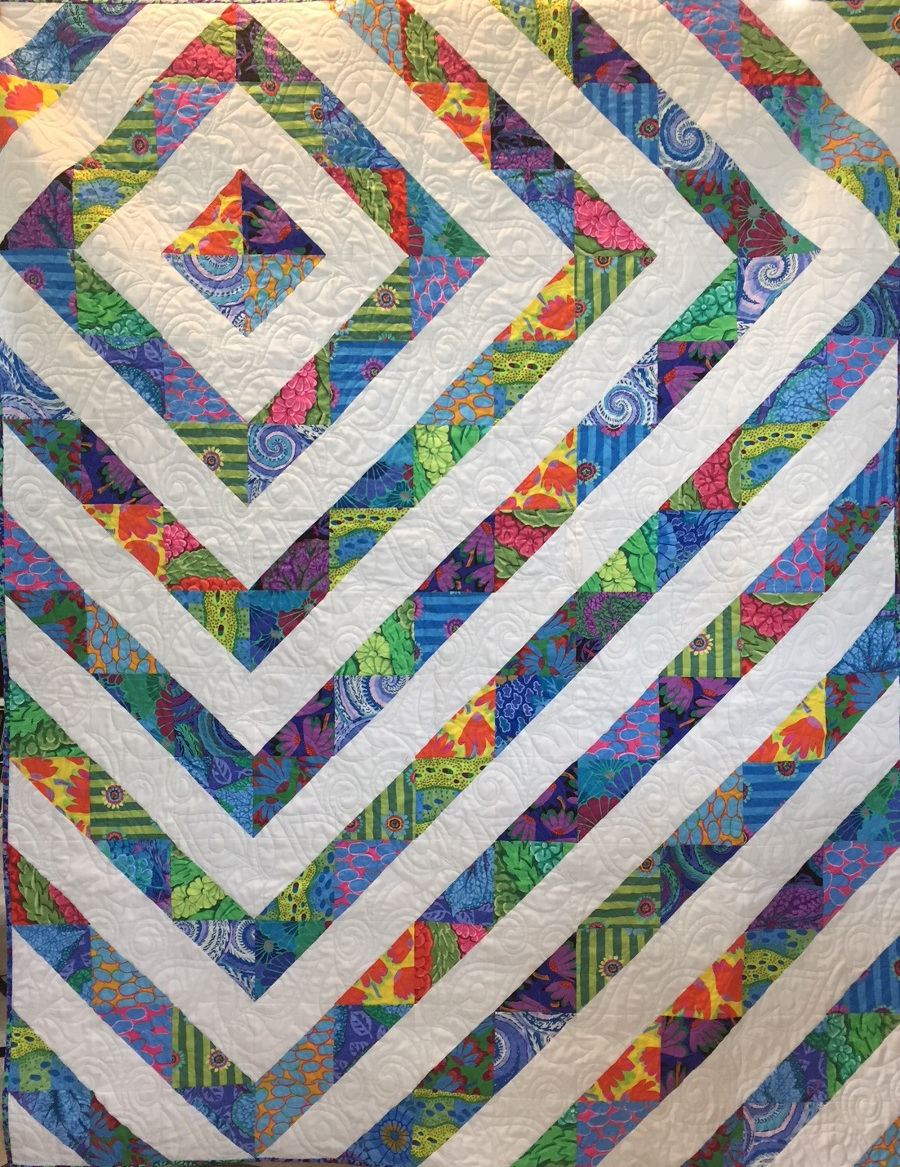 This particular gift has an even deeper meaning, because it symbolizes both the classroom message and a life lesson that her sister wants every single student to follow. Angela’s sister teaches the theory of “cause and effect;” to illustrate the concept she describes how dropping a pebble into a pool of water causes a rippling effect. When Angela began laying out the quilt, she realized that her design paralleled that example. The focal point in the upper left corner is the “pebble” and the rows emanating from there are the ripples in the water.

Instantly the quilt became an example of the mantra her sister shares to challenge her students to make sure that their actions have a positive ripple effect on those around them:

“Your actions are like a pebble on a smooth lake. Sometimes they cause ripples and sometime they leave the water undisturbed. Choose your actions so that they make a positive effect on your environment. Choose to be the best pebble.”

Angela selected an overall quilting pattern  called “La Dee Dot,” which was designed by Patricia Ritter and Tracey Russell. The leaves and swirls in the design complement the bright fabrics. The pattern was quilted with her APQS Quilt Path computerized quilting system, which makes row spacing automatic for consistent quilting density across the entire quilt surface.

Angela worked with 6-inch wide fabric strips from her stash, but just about any width would work for the design as long as you adjust the number of blocks needed for the finished quilt size you want. Simple half-square triangles provide a multitude of layout variations. Angela has provided additional design options in her pattern to spark your imagination. Have fun and send us pictures of your “milestone” quilts. 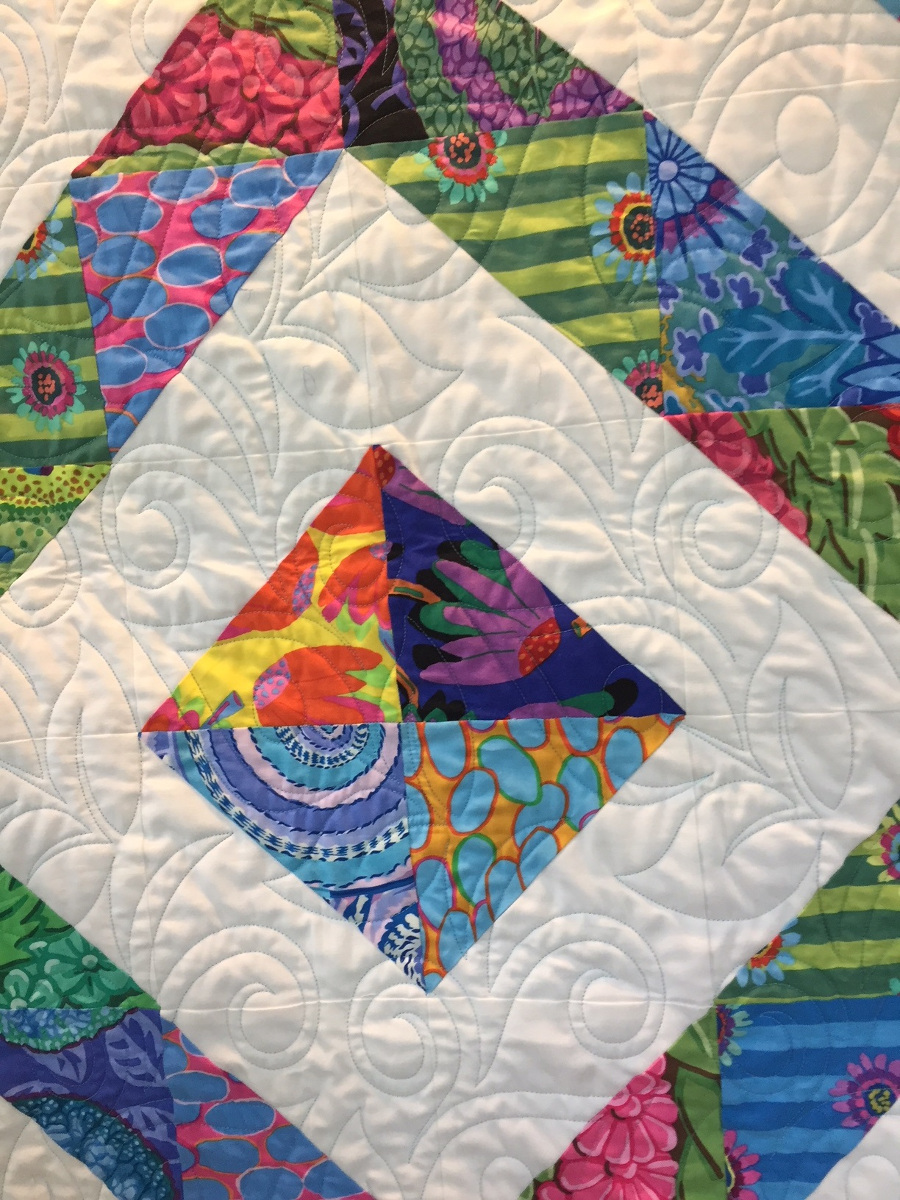 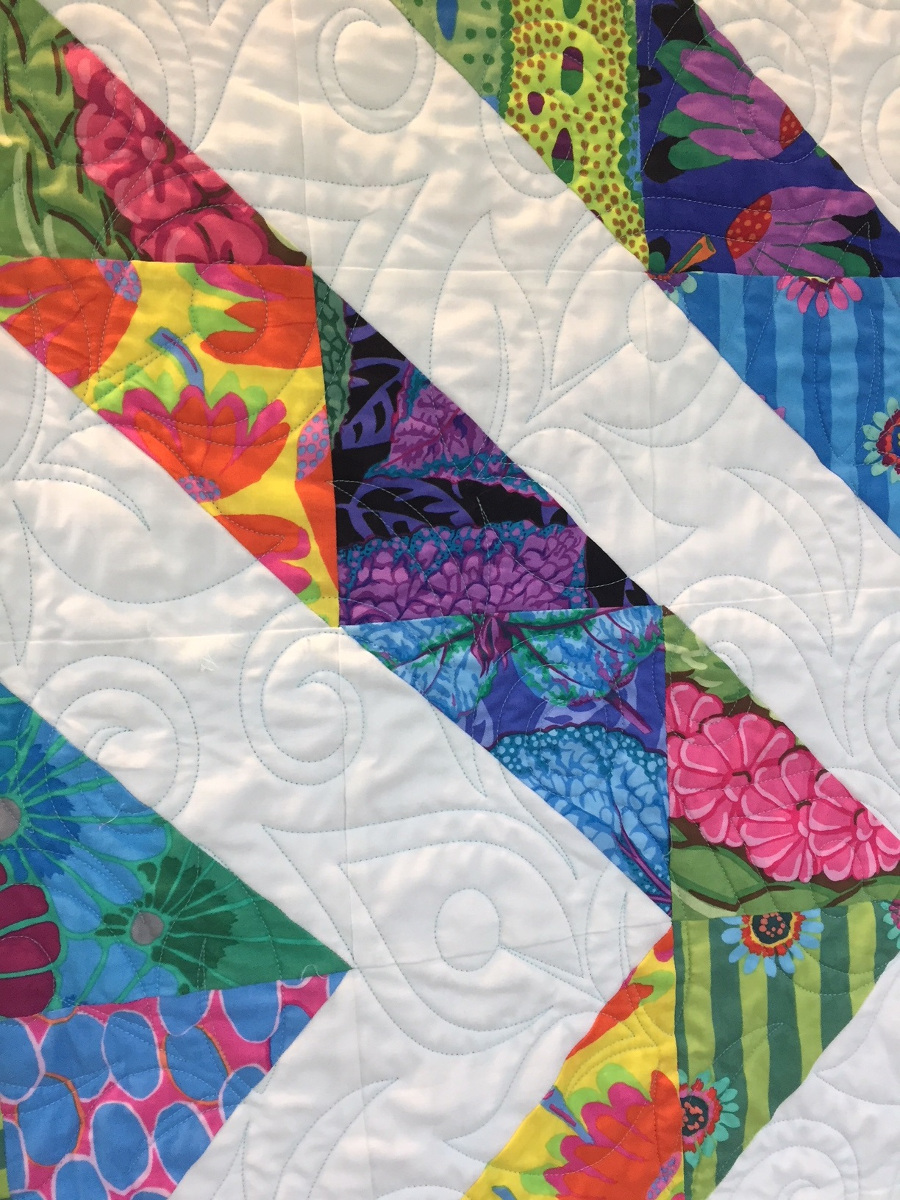 Dawn Cavanaugh
Dawn Cavanaugh is the Education Director at APQS.
Free quilt pattern: Coral Reef
Check out this month's free pattern from APQS Dealer Marina Kontzevaya, inspired by the Pantone 2019 Color of the Year called “Living Coral”.
Keep reading >
Quilting the Quilt: Find Your Feather Style
From fluffy and fun to frilly and fancy, feathers are designs that quilters long to master.
Keep reading >
Video Tutorial: Chevron Sound Waves
In this video tutorial, APQS Dealer and Educator Angela Huffman shows you how to take a border and break it into spaces and fill it with a simple design. She calls this out of the box design "Chevron Sound Waves".
Keep reading >
Video Tutorial: Treble Style
In this video tutorial, APQS Dealer and Educator Angela Huffman shares a border design for the music lover in your life called "Treble Style."
Keep reading >