Which photo below says “Russia” to you? 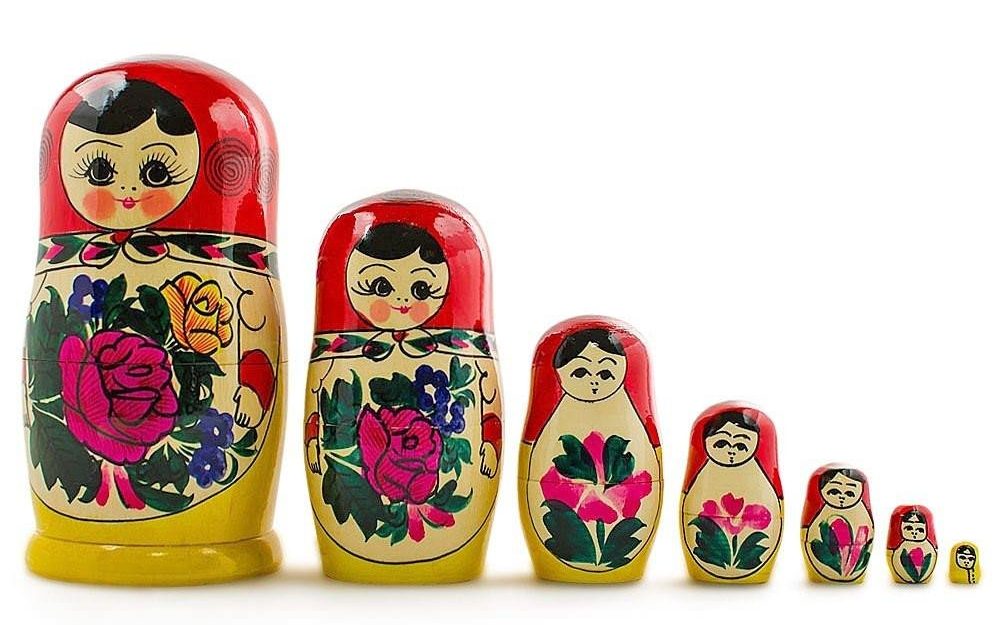 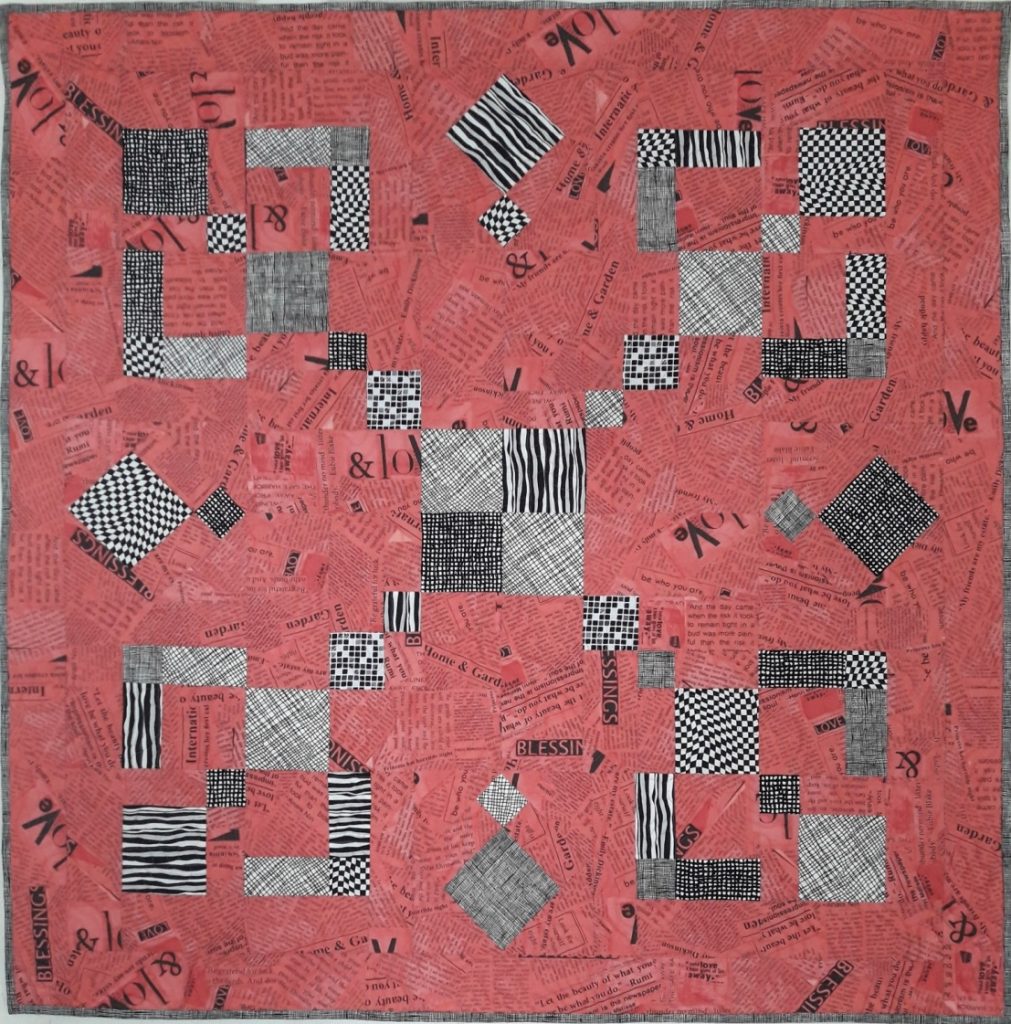 Hopefully, you answered “both!” Quilting goes beyond the borders of North America and around the world—today stopping in St. Petersburg, Russia where APQS Dealer Marina Kontzevaya calls home! 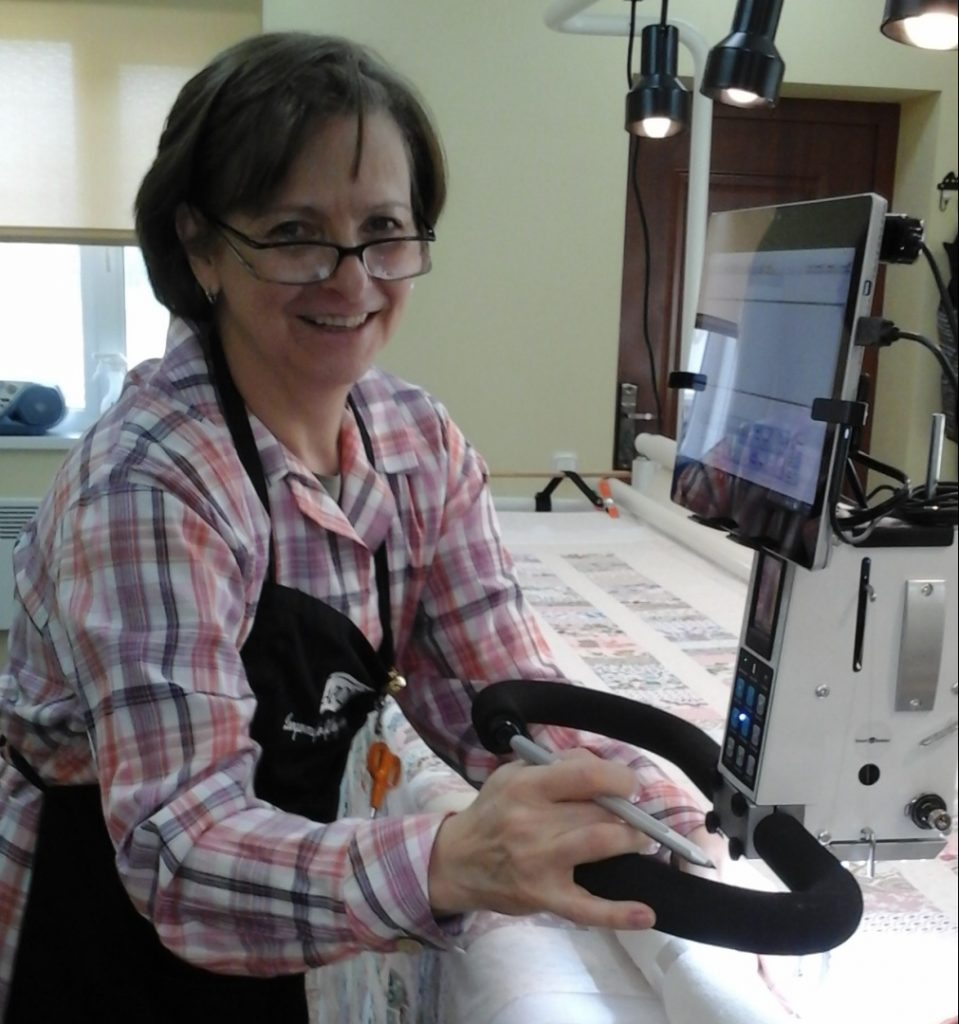 It’s been 20 years since patchwork and quilting became part of Marina’s life. She tried knitting, crocheting, cross-stitching, and sewing clothes before spontaneously choosing patchwork—and she’s still having a ball with her choice! We’re lucky she stuck with it so she can share her talents with us!

The free pattern Marina has shared was inspired by the Pantone 2019 Color of the Year called “Living Coral”. Marina scanned her fabric shelves and sadly found that she would HAVE to go shopping and add coral fabric to her collection. She scored big, including one fabric that resembled a newspaper print! 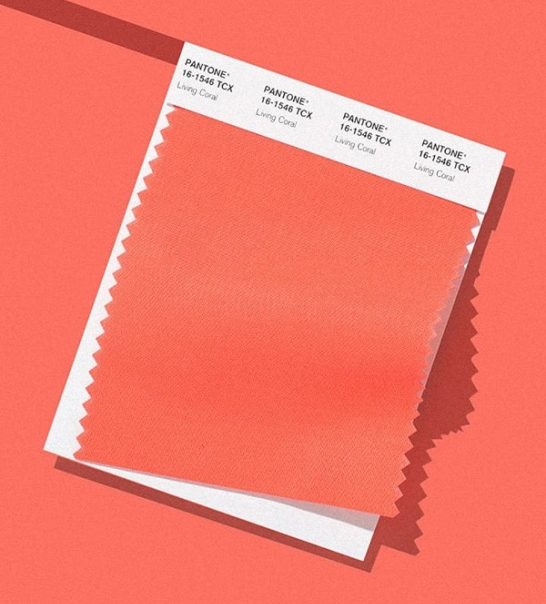 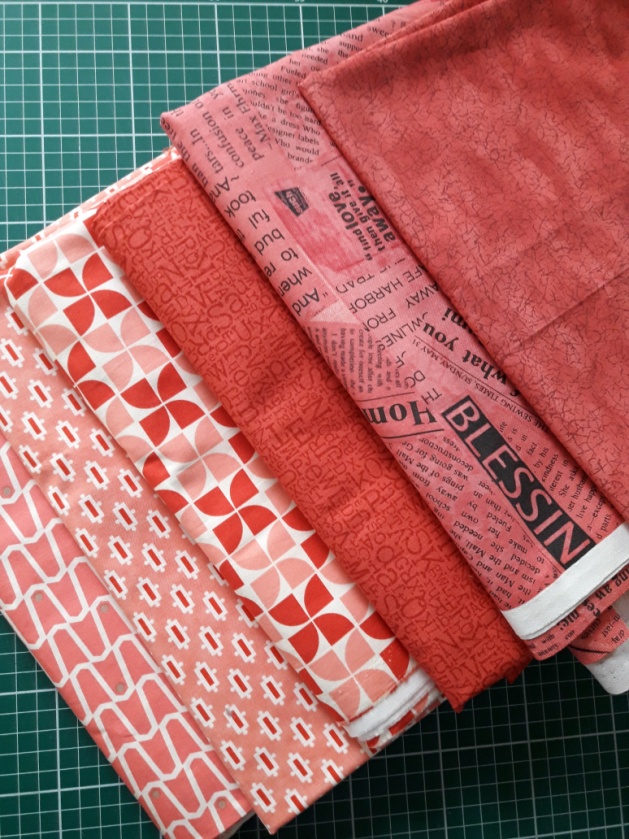 To add contrast and take the ‘newspaper’ theme a little further, she chose black and white prints for her secondary palette. 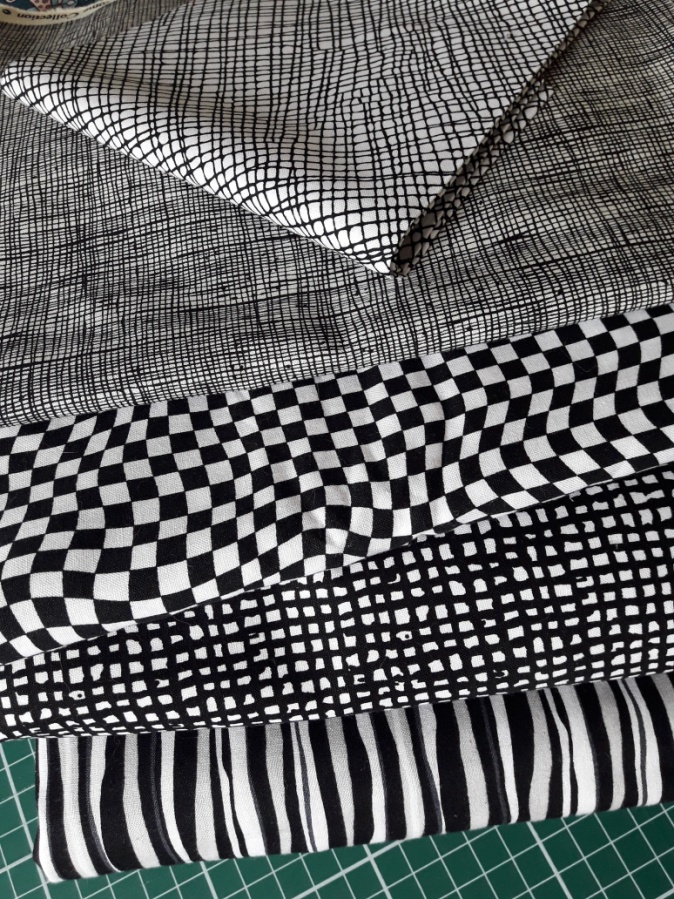 Marina experimented with a disappearing 9-patch pattern and then a double disappearing 9-patch in her blog. The text may be in Russian, but the pictures tell the story—can you find the original 9-patch blocks before they were sliced apart? That motivated her to see if she could take one more step and get the 9-patch to “disappear” a third time. She tried a third time using the fall colors of grey, green and yellow and showcased the amazing transformation on her blog once again.

She was excited by the results and decided that her coral and newsprint fabrics were perfect for another triple disappearing act. She’s included the easy-to-follow instructions to make your own magic happen. 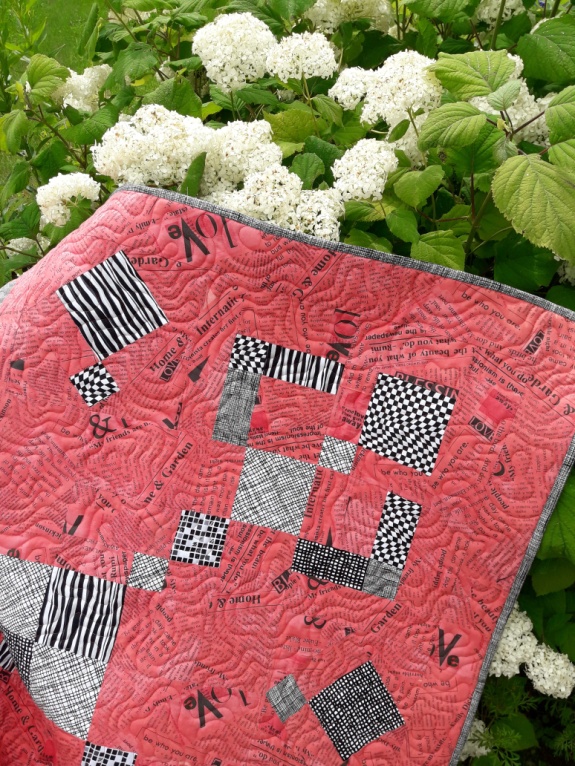 Marina wanted a quilting pattern to flow like water across her quilt, so she chose the digital pattern called “Malachite” by Patricia Ritter and stitched the project with her APQS Millie and Quilt Path. To make sure her ‘water’ had a rippling effect, she used two polyester batting layers—one thin and stable, and the other one fluffy. 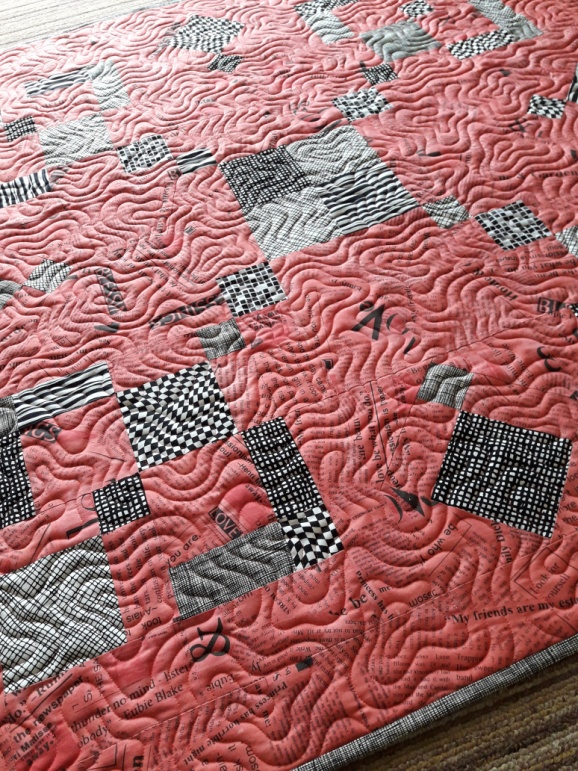 The leftover scraps found their way into a table runner. Marina quilted it using the Waves and Pearls pattern from Wasatch Quilting. 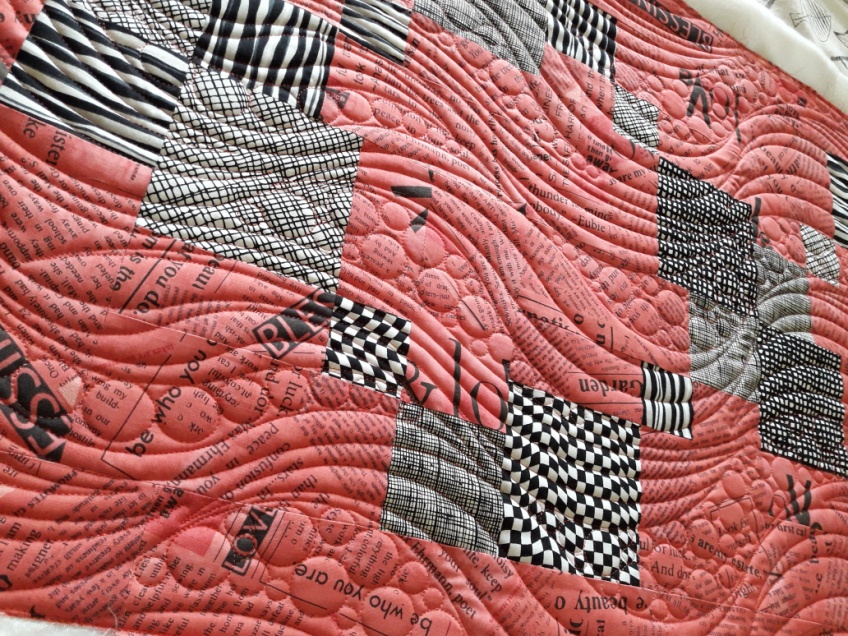 Marina speaks two foreign languages, and thanks to lots of travel for her job, she has had the opportunity to visit quilt festivals and take classes in Europe. During a work trip to Alsace, she saw an APQS longarm for the first time, and that changed her life forever!

She decided to make her hobby into her job, and she established a Patchwork and Quilting School in St. Petersburg. Every year, 40-45 people work through five courses exploring patchwork and quilting. Marina says, “It’s fun when, after 5 years at the school, women don’t want to leave—they want to come and do the first course again because they’ve had such a great time!” 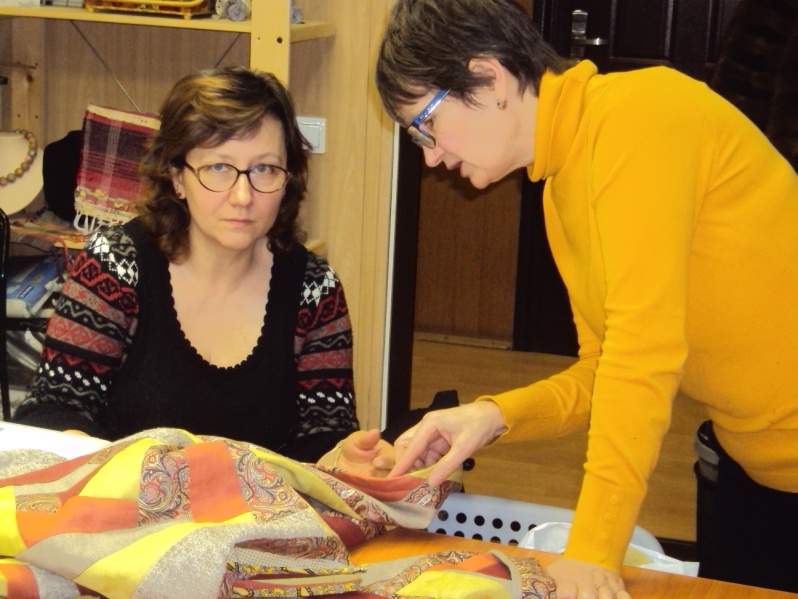 Thanks to the internet and now brick-and-mortar shops popping up in Russia, Marina says “we finally have all we need for our hobby in this country; we can travel, and borders are open.” Since 2012, she and quilting friends have organized their own Biennial Quilt Festival in St. Petersburg. It features a contest of quilts, lots of exhibitions and a wide range of classes taught by Russian quilters and artists. 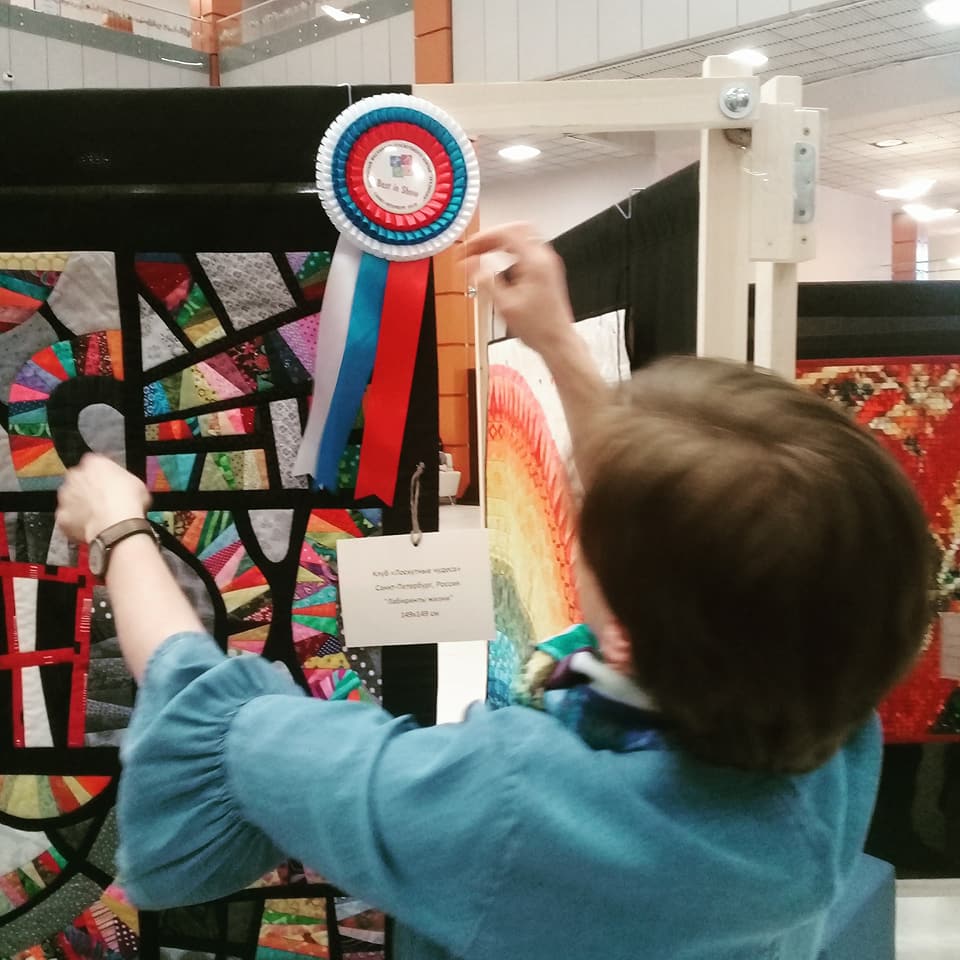 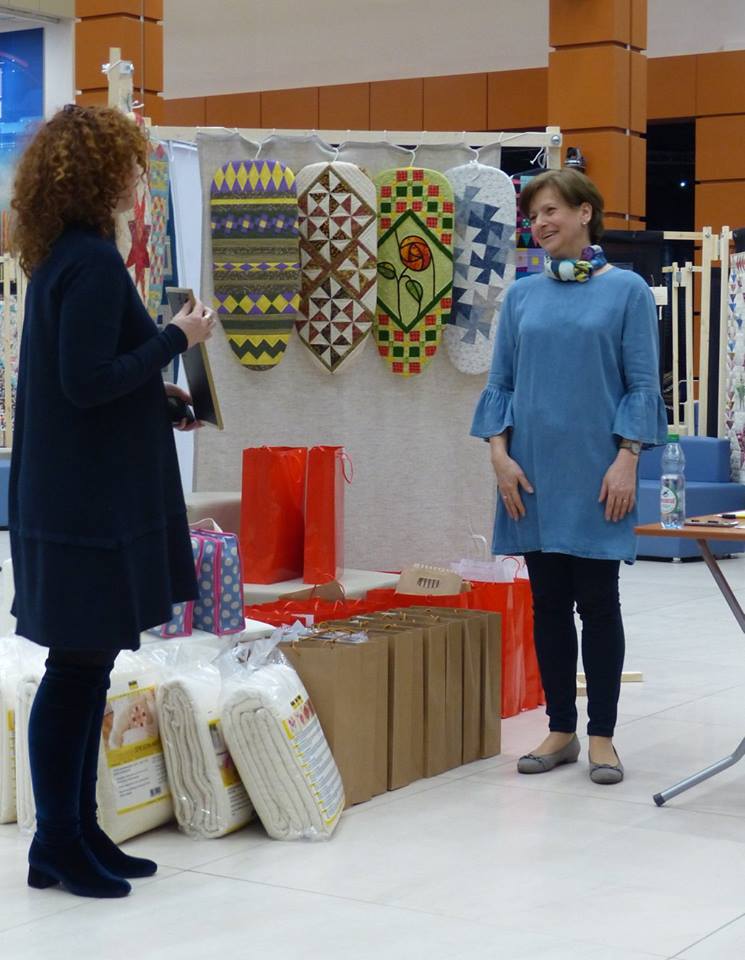 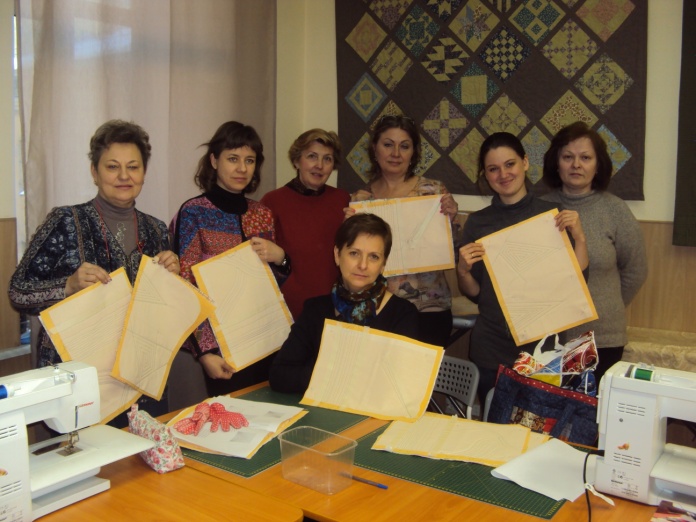 Together with two other co-founders, Marina established a quilt guild in 2017, modeled after the rules and principles of the whole quilting world. Their first international quilt exhibition for guild members will take place next month in Alsace. Road trip, anyone?

Dawn Cavanaugh
Dawn Cavanaugh is the Education Director at APQS.
Video Tutorial: Star March
In this video tutorial, APQS Dealer and Educator Angela Huffman shows you how to quilt the "Star March" border design. This cheerful, festive design is sure to get you in the mood for Independence Day!
Keep reading >
Free quilt pattern: Simply Strippy baby quilt
The “Simply Strippy Baby Quilt” pattern she’s shared is perfect for newbies and experienced quilters alike. The quilt is designed to teach beginners how to piece and quilt, and is part of Teresa’s “ABC123” pattern series, where the patterns increase in difficulty and complexity as quilters move up in the series.
Keep reading >
Free quilt pattern: 100 Blocks - many quilts
Your imagination will run wild when you see all the astounding quilts that can be created with just a simple half-square triangle block! Brenda Shreve of APQS Oklahoma/Red Barn Quilting has shared this free pattern that is bursting with ideas.
Keep reading >
APQS Video Tutorial: Peacock Eye Filler
In this APQS Video Tutorial APQS Educator and Dealer Angela Huffman shares a filler design that is based on the tradition peacock or headband filler. It just has a double loop at the top - we call it the Peacock Eye filler.
Keep reading >