Cindy K. won a new Millie longarm quilting machine in the spring 2016. We caught up with her to see what’s she’s been up to since the big win.

For Cindy, quilting is a family affair. She learned to quilt when her mother-in-law taught her, and now she shares it with two of her daughters and some of her grandchildren.

As a result, winning a brand new Millie longarm quilting machine from APQS in 2016 was a big deal for the entire family. In fact, since welcoming Millie into her home, Cindy has spent more time quilting for her family and others rather than for herself.

“This has been such a blessing to me, and so many people around me have seen the blessing that it is,” Cindy said. “I’ve been able to use it for others more than I have myself.” 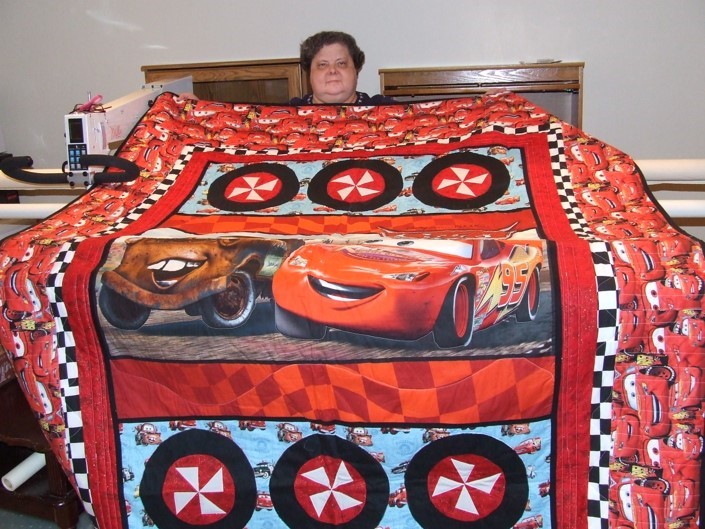 Based in Springfield, Missouri, Cindy works as a legal secretary at a prosecuting attorney’s office. She was at work when she received the call from APQS Customer Service & Education Director Dawn Cavanaugh that she had won a brand new Millie quilting machine complete with a Bliss Track system, Quilt Glide stitch mode feature, Automatic Quilt Advance System, an overhead lighting bar and a Hydraulic table lift valued at $24,495.

“I will never forget the day I received the phone call,” Cindy said. “I was sitting at my desk at work, and I was just totally blown away. I was speechless. I didn’t know what to think, what to say. All I could think was, ‘what a blessing.’”

When she won the Millie, it was as if she came full-circle. Her mother-in-law had used a friend’s machine when Cindy was first learning how to quilt, and Cindy had always imagined having one. It was those memories that came flooding back when she won. 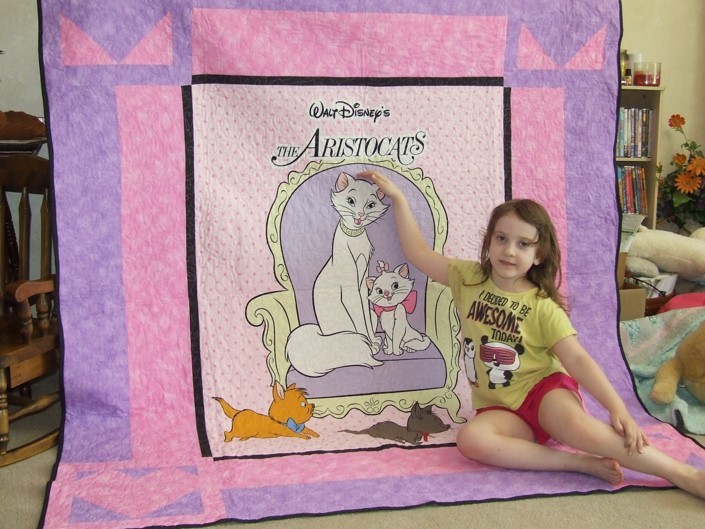 Now, Cindy shares the joy of quilting with her family. She has three daughters and 12 grandchildren ranging in age from one to 16. Two of her daughters often use Millie, and some of her older granddaughters are even starting to use it. 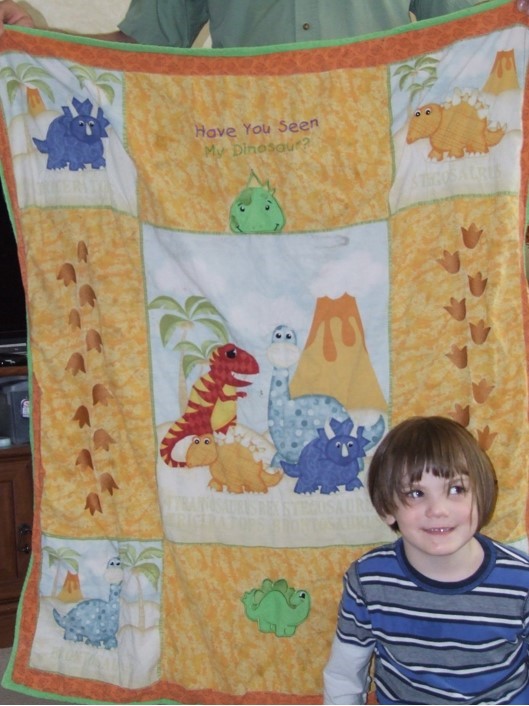 Since winning, Cindy has worked on a variety of quilts including one for her husband’s cousin, one for a family friend with cancer and others for members of her church. 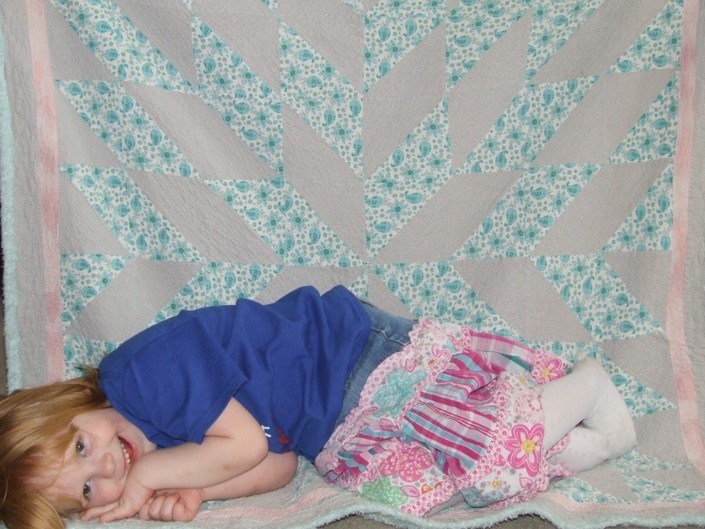 Cindy has been extremely impressed with the Millie machine.

“APQS has been a wonderful company for all of this,” Cindy said. “The way they brought it in, set it up and everything has been such a positive situation. I’m very impressed.”

After retirement, she hopes to use Millie more for herself. Cindy, who has always loved sewing and even made her own wedding dress, has nearly 20 tops that she has started. Her goal is to complete them.

Now she can do that with the help of Millie.

APQS Team
This post was written by members of the APQS marketing team.
APQS' Build-a-Bed project at QuiltCon 2016
Check out all the smiles from kids of all ages who helped APQS complete quilts for Morehead State University's Build-a-Bed program at QuiltCon 2016.
Keep reading >
Quilting the Quilt: Magic Fingers
Longarm quilting on APQS machines transforms lives on the tiny tropical island of Mauritius east of Africa.
Keep reading >
APQS Store owner part of unique program to introduce next generation to quilting
Connie Keller of APQS Dallas has found a unique way to introduce quilting and the magical powers of a longarm machine to a younger audience through the help of the University of North Texas.
Keep reading >
APQS longarm giveaway winner check-in: Corintha
We caught up with Corintha R. to see what she’s been up to since winning a Freddie quilting machine in the 2014 APQS longarm giveaway contest.
Keep reading >