After winning a Lucey longarm quilting machine in the Great APQS Longarm Giveaway in 2013, Joyce Labree did what any passionate quilter would do – she transformed her master bedroom into a quilting studio.

“The whole thing is nothing but sewing machines,” said Labree. Then she added, laughing, “That’s not the only place there are sewing machines in the house.”

When Labree won Lucey, fully equipped with Quilt Path, she had zero experience on a longarm.

“I couldn’t believe it,” Labree said. “When she said I won, I just started crying.”

As a longarm novice who didn’t even have a completed quilt top ready to go when she won the machine, Labree has spent the last year-and-a-half experimenting and watching lots of YouTube videos about longarm quilting.

“Every project that I take on is a new learning experience,” Labree said. “I’ve made mistakes that have caused me to learn more about the mechanics of the machine than I ever wanted to know, but that’s good.” 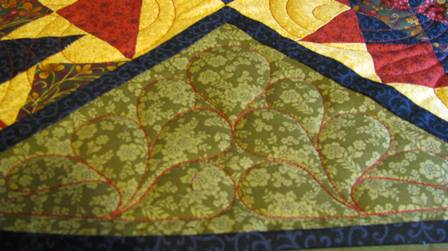 Not one to do the same technique twice, Labree has experimented with using different battings, fabric types, even giving canvas a try.

“I make a lot of quilts called “quillows,” and getting that to work on both the front and the back is really interesting,” Labree said. “But I was able to put swirls in the middle of the squares on the front and back when the pattern is not the same.” 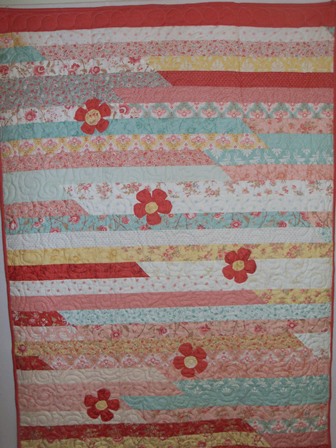 One of her newer challenges is using minky on the back of a baby quilt and seeing how the stretch of the fabric works with the quilting frame and tension. She’s also working on creating eight quillows for Rainbow Children’s Home in her hometown of Dahlonega, GA. The organization provides homes, mentoring and life skills training for girls who have been displaced from their homes. She is making a quillow for each girl in residence.

“I’ve always given away quilts,” Labree said. “I think I own only one quilt that I made. The rest are all gifts.” 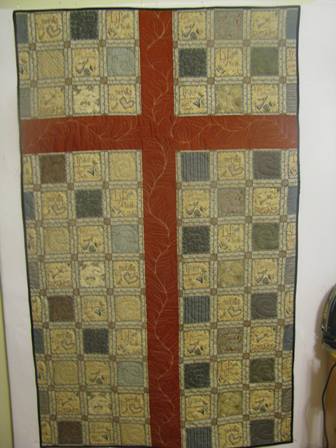 Labree’s biggest challenge has been figuring out how to get the machine to do what she envisions. APQS videos on Quilt Path have been a big help, but she still feels as though she has a lot to learn.

“It will take a long time for me to get there, but I’ll take one baby step at a time,” Labree said.

Eventually Labree would like to develop her quilting to the point where she can launch a business, quilting for others so she can retire from her job that is very physical. But like everything else with her quilting, she is taking it one step at a time.

Want to be the next grand prize winner in the Great APQS Longarm Giveaway? Enter today! 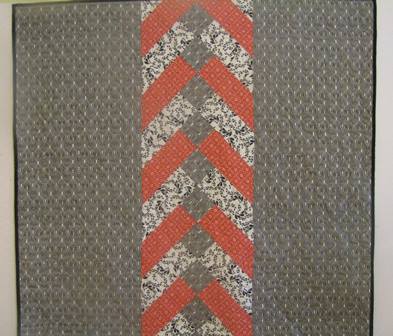 APQS Team
This post was written by members of the APQS marketing team.
How to select marking tools for your quilt top
Follow along with APQS dealer and educator Lauren Jackson as she talks about the pros and cons of different types of marking tools.
Keep reading >
Rule your Quilt: Adding spice with scallop and arc machine quilting templates
Machine quilting with templates can add spice and variety to your quilt tops. The best news is that it isn’t hard to do!
Keep reading >
Service and maintenance tips
Purchasing an APQS longarm machine is an investment; and, as we learned in Accounting 101, you need to protect your investments!
Keep reading >
APQS longarm giveaway winner check-in: Ralph and Deborah
In the summer of 2020, Ralph and Deborah of Berea, KY, got the surprise of a lifetime when they won a new Lenni quilting system from APQS. We gave them a call recently to see how they've been getting along with their new machine.
Keep reading >